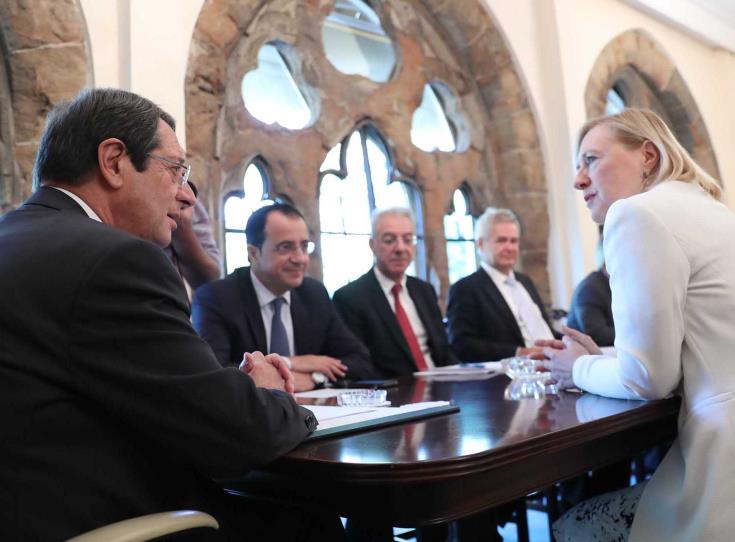 A series of consultations took place this week at the United Nations headquarters in New York to prepare the UN Secretary General’s report on his good offices mission in Cyprus, including his special envoy Jane Holl Lute’s mission. The report will be forwarded to the Security Council by the 15th of October.
The meetings were attended by UN Secretary General’s Special Representative in Cyprus and Deputy Special Adviser on the Cyprus issue Elizabeth Spehar and UN Under -Secretary General for Political Affairs Rosemary DiCarlo.
Diplomatic sources have told CNA that during her stay in New York Spehar met also with the permanent representatives of the five Security Council permanent members and with ambassadors and representatives of the parties involved in the Cyprus issue. She was expected to depart from New York in the weekend.

The UN Secretary General’s report will be submitted to the UN Security Council on the 15th of October and will be discussed on the 30th of October.