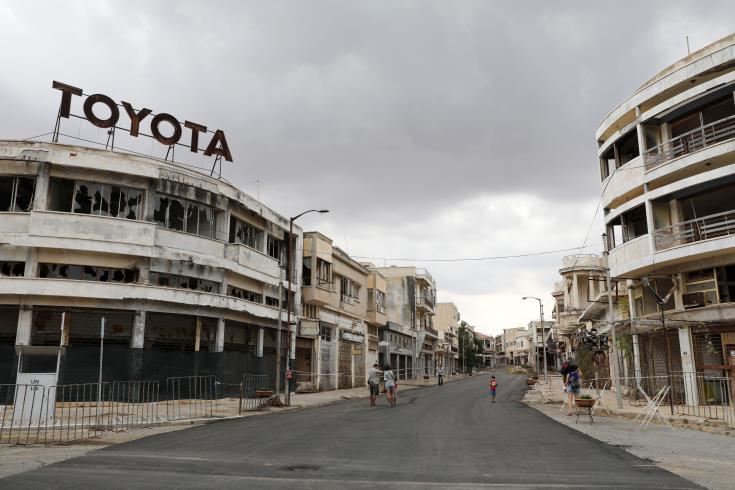 The UN mission in Cyprus is stepping up efforts to monitor developments in Varosha, the fenced-off part of Turkish occupied Famagusta, a source inside the peacekeeping force says.

Asked about its reaction to a letter, sent recently by Cyprus’ Foreign Ministry Permanent Secretary to the Head of UNFICYP, in relation to Varosha, a UN source told CNA that internally, personnel from the mission`s police and military components are being coordinated accordingly, to step up efforts to monitor the situation in Varosha.

“We are busy monitoring, observing and reporting everything that is happening there, within the capabilities that we have” the same source added, noting that the UN mission is reporting developments on Varosha to the headquarters, in New York.

Varosha, the fenced off section of the Turkish occupied town of Famagusta, is often described as a ‘ghost town’. UN Security Council resolution 550 (1984) considers any attempts to settle any part of Varosha by people other than its inhabitants as inadmissible and calls for the transfer of this area to the administration of the UN. UN Security Council resolution 789 (1992) also urges that with a view to the implementation of resolution 550 (1984), the area at present under the control of the United Nations Peace-keeping Force in Cyprus be extended to include Varosha.
(CNA)

By gavriella
Previous article
Students to participate in protests events against pseudostate, for Polytechnic
Next article
Cyprus House President tests negative for coronavirus