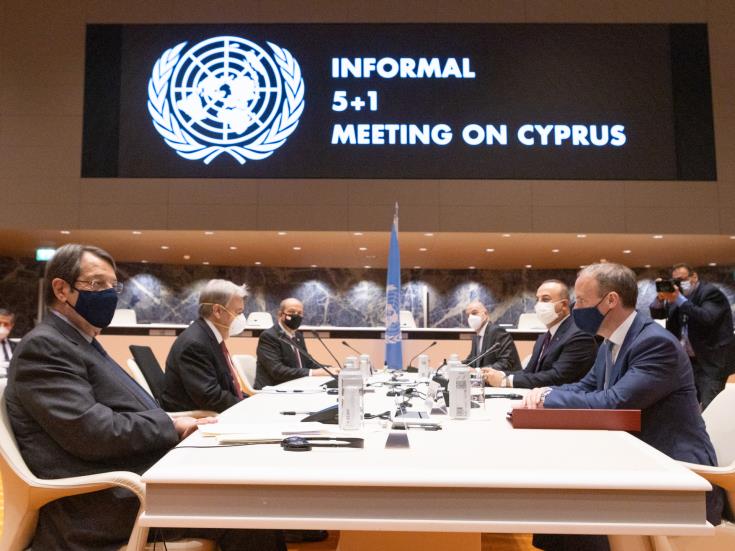 The issue of security and guaranties will have to come out in a comprehensive settlement of the Cyprus problem, the Spokesperson for the United Nations Secretary-General António Guterres has said.

Stéphane Dujarric was replying to a question whether, during the Cyprus informal talks last week in Geneva, Guterres believed the Greek Cypriot and Turkish Cypriot delegations along with those of the three Guarantor Powers were negotiating in good faith.

At the same press conference in Geneva late on Thursday, Dujarric was also asked what the UN chief’s view is on the Turkish Cypriot leader Ersin Tatar’s proposal for a two-state solution.

Dujarric said he had nothing really to add to the talks to what the Secretary-General had said at the end of the press conference in Geneva last week.

“The answers to your questions are there…the issue of security, security guaranties, all of that will have to come out in a comprehensive settlement,” he said.

The Secretary General will reconvene in a few months, and after more discussions, another round of informal talks, he added.

“It was clear to all from what he said that there needs to be more talks, so I think, in that sense, he referred to it pretty clearly,” he also said.

The 5+1 Informal Meeting in Geneva in April 2021 failed to find enough common ground to allow for the resumption of formal negotiations in relation to the settlement of the Cyprus problem.