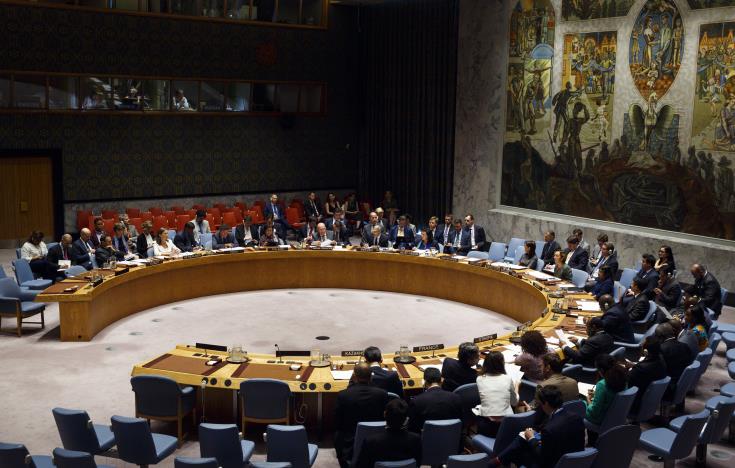 The UN Security Council on Friday is expected to agree on a strong statement over Turkey’s latest further opening of the fenced area of abandoned Varosha in Famagusta after two days of disagreements over the final text.

A second draft statement from the UNSC president circulated on Thursday, with stronger language on Turkey’s actions than the first one that was drafted by Britain on Wednesday and ruled unacceptable.

However, the second draft that was again drafted by Britain did not say that Turkey and the Turkish Cypriot side are the ones behind the Varosha announcement on Tuesday, July 20, by the leadership in the breakaway Turkish-held north.

Nonetheless, a third draft has circulated and this time it appears that it is a much improved one with the permanent members of the UNSC also calling for the “immediate reversal” of Turkish actions in Varosha. Something that Nicosia demands.

And it will also call for the immediate reversal of this course of action and the reversal of all steps taken on Varosha since October 2020.

The Security Council will also underscore the need to avoid any further unilateral actions that could raise tensions on the island and could harm prospects for a settlement.

Reiterating the need for compliance with past resolutions on Varosha, the statement will also reiterate that the area should be transferred to UN administration.

By Annie Charalambous
Previous article
Flagbearers to send equality, justice messages at opening ceremony of Olympics on Friday
Next article
Yet another twist in the case of soldier with disputed cause of death