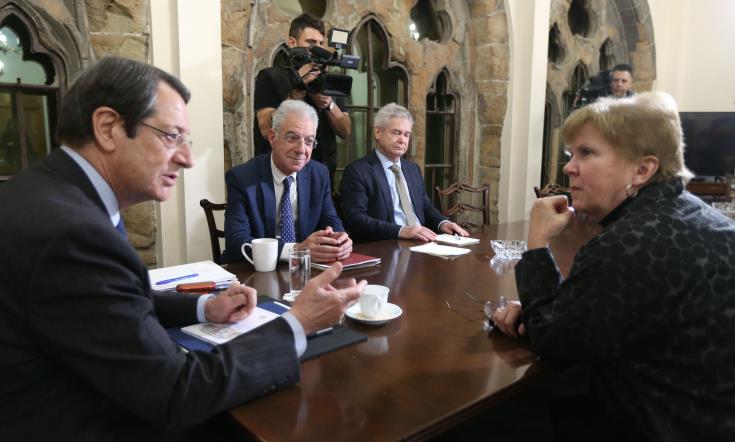 UN Secretary General Antonio Guterres has instructed his special advisor Jane Holl Lute to begin consultations with all involved parties in order to determine whether the preconditions are in place to convene an informal 5+1 meeting on divided Cyprus.

This is what a diplomatic source said on Monday, adding that the UN diplomat should be expected in Cyprus within the next fortnight, while contacts with the guarantor powers of the UK, Greece and Turkey will probably be held from a distance.

Guterres has been waiting for the “election” of the new Turkish Cypriot leader to begin an effort to resume – initially informal – talks on Cyprus. Ersin Tatar was recently “elected” as the new leader of the Turkish Cypriot community.

In a telephone conversations with Cyprus President Nicos Anastasiades and former Turkish Cypriot leader Mustafa Akinci, Guterres had made clear that he intended to resume the process where it had been left off.

He had pointed out, however, that he could not rule out other proposals being presented by parties involved.

Guterres has repeatedly stressed he would not be convening a meeting on Cyprus before he was convinced by the consultations his associates would have that such a summit would wield results.