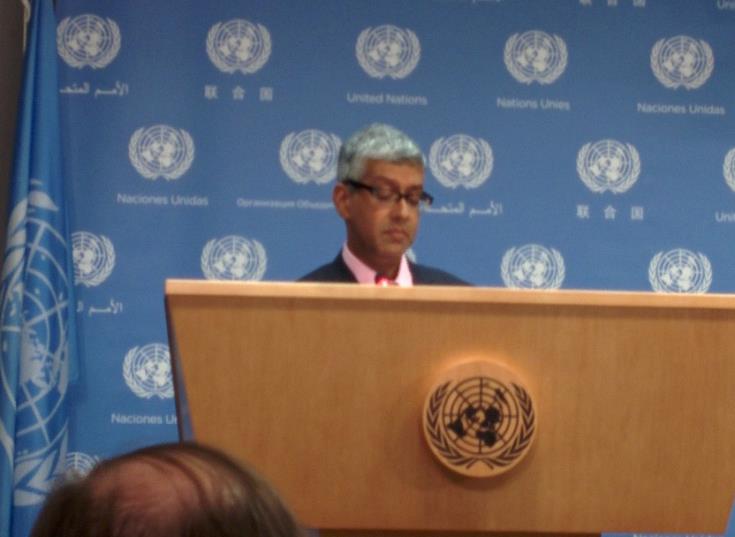 The position of the United Nations on Varosha remains unchanged and is guided by the relevant Security Council resolutions, the UN has said, and called on all parties to refrain from unilateral tensions that may compromise the ongoing efforts for a lasting settlement.

A statement attributable to Farhan Haq, Deputy Spokesperson for the Secretary-General on the issue of Varosha said the “Secretary-General is deeply concerned about the announcements made on 20 July by the Turkish Cypriots and Turkey regarding a further opening of the fenced-off town of Varosha”.

The Secretary-General, said Haq, has repeatedly called on all parties to refrain from unilateral actions that provoke tensions and may compromise the ongoing efforts to seek common ground between the parties towards a lasting settlement of the Cyprus issue.
He assured “the position of the United Nations on Varosha remains unchanged and is guided by the relevant Security Council resolutions”.

The Secretary-General calls on all sides to refrain from any unhelpful actions and to engage in dialogue to bring peace and prosperity to the island through a comprehensive settlement, Haq added.

By gavriella
Previous articleFlowing into Acceptance: yoga and more
Next articleOsika President satisfied with implementation of suggestions by relevant ministries