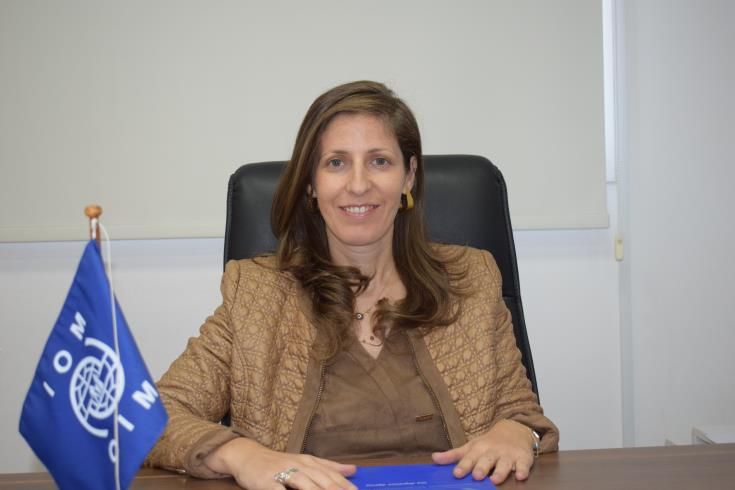 Xenophontos Koudouna said “we welcome the political initiative and stand ready to support the Republic of Cyprus in the management of the multi-dimensional issue of migration, a topic that Cyprus, as a Mediterranean country, is facing.”

Commenting on the latest developments in the migration issue, Xenophontos Koudouna stressed the need for solidarity and responsibility sharing between EU member-states, declaring at the same time the readiness of IOM Cyprus to contribute to the work of the Republic of Cyprus in the migration management and protection.

“IOM has long sought regular, safe and secure channels for migrants, including those who are fleeing war and persecution. This means that migrants are not being forced to seek perilous journeys on routes that are operated by criminals,” she said.

She added that “the common initiatives of IOM Cyprus and UNCHR Cyprus in areas of migration management, such as saving lives in the sea, contribute to the overall humanitarian effort that takes place concerning migration.”

Xenophontos Koudouna also pointed out the need for initiatives that lead to integration through access to labour.