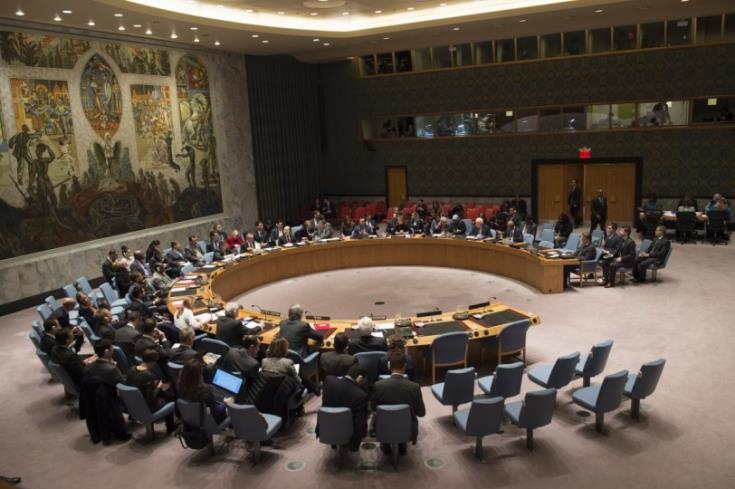 There is a school of thought in the UN Secretariat about the next steps on Cyprus, Permanent Representative of the Russian Federation to the UN and President of the UN Security Council Vassily Nebenzia has said.

He noted that “we had a special envoy being proposed,” expressing the belief that this will not be done before some things happen politically.

Responding to a question on the Cyprus issue, during a press conference on the occasion of the assumption of the UNSC Presidency by Russia, Nebenzia said that “on Cyprus indeed we have I would call it a pause,” adding that “not much has been happening since those days when things didn’t go as many expected.”

“There were many internal factors influencing the developments in Cyprus, both in the south and in the north. Now we are waiting for another political event to happen, but I know that within the Secretariat there is a school of thought about the next steps,” the Russian diplomat said.

He noted that “we had a special envoy being proposed,” expressing the belief that before some things happen politically in some of these areas that will not be done. “But we of course are following the situation,” Nebenzia concluded.

Last July the UN-sponsored talks in Crans Montana, Switzerland, failed to bring about the reunification of Cyprus, divided since the 1974 Turkish invasion. The peace talks aim at reuniting the island under a federal roof.