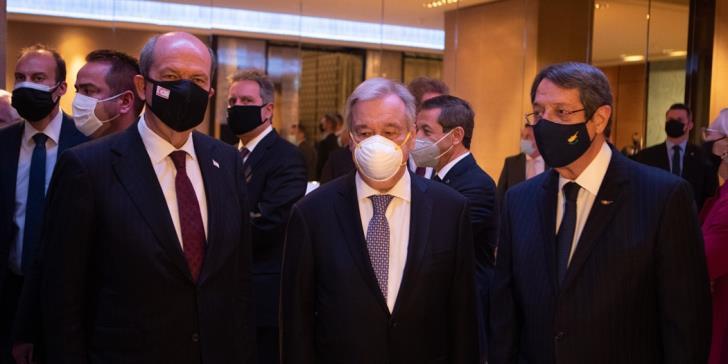 The UN continues to work with the leaders of the two communities in Cyprus to move the Cyprus issue forward in a positive direction.

This is what Spokesman of the UN Secretary General Stephane Dujarric said in New York late on Tuesday.

He was called to comment on Cyprus President Nicos Anastasiades’ statement for the non-issuance of a statement by UN chief Antonio Guterres after an informal tripartite meeting in New York 10 days ago.

“It has been a long-standing issue that the UN has been involved in, and he will continue to work in that direction, in very good faith,” said Dujarric.

Asked why Guterres changed his mind for the special envoy he said that he is not aware of the UN chief changing his decision since he never announced a decision in the first place.

On Monday, Anastasiades described as “deliberate neutrality” the UN chief’s latest stand on the appointment of a special envoy on the Cyprus problem.

Anastasiades and Turkish Cypriot leader Ersin Tatar had attended a luncheon hosted by Antonio Guterres during which they agreed on the appointment of a new envoy.

But Tatar went back on this agreement and even though Guterres was to officially announce one Tuesday a week not only he hasn’t done this so far but keeps absolutely silent as well.