UK’s Rishi Sunak is in the hot seat-INTERVIEW

Soterios Zartaloudis, Associate Professor in Comparative European Politics at the University of Birmingham, talks to Phileleftheros.

Theresa May: Three years and 11 days. Boris Johnson: Three years and 45 days. Liz Truss: 45 days. The stakes for new Prime Minister Rishi Sunak are not at all encouraging and several people are expecting to see how long he will last in power. The picture presented by Britain is unprecedented. All its weaknesses have surfaced and eyes are on a country that is in the middle of an economic and a political crisis and which cannot deal with prevailing serious problems.

In his interview with Phileleftheros, Soterios Zartaloudis has explained that the issue of the economy will be a determining factor for the new prime minister. Britain’s main problem is a combination of structural internal and external problems that create stifling pressures on citizens, businesses, and the government, he said.

“The issues are mulptiple and Rishi Sunak is asked to square the circle. But he seems to be more reliable and more capable and is more acceptable to the markets than his predecessors, as well as Liz Truss and Boris Johnson,” he added.

The Conservatives associated – to a huge extent – their policy with Brexit, since the consequences of leaving the EU were not properly calculated. Moreover, and even more crucial is that after Brexit, the Tories were left without an agenda, “like an empty tunic and they are facing the existential problem that they can no longer propose something new for the country,” he explained. And this is something that the Labour Party can easily take advantage of when they see that the window of opportunity for their return to power is now wide open. 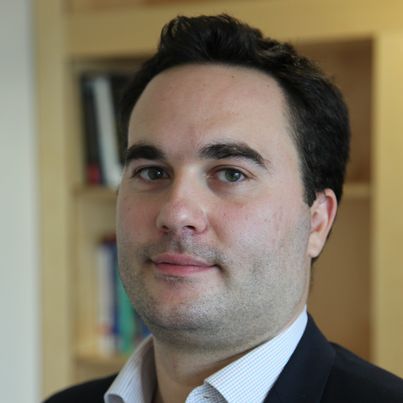 Will Rishi Sunak stay at the prime minister’s office for a long time and will he be able to complete his term? What factors are threatening his stay at Downing Street?

“No one can predict whether he will be able to complete his mandate. The issue of the economy will be the decisive factor. At the moment Britain’s main problem is a combination of structural internal and external problems. On the one hand, we have a rise in inflation and interest rates, which means that borrowing costs are rising for both the state and the citizens, resulting in less growth. At the same time, we have the war in Ukraine and rising energy prices that are creating suffocating conditions. But we also have a purely British problem, Brexit, which is causing many problems in the economy. The issues are many and Rishi Sunak is asked to square the circle. However, he seems to be more reliable and more capable and is more acceptable to the markets than his predecessors, as well as Liz Truss and Boris Johnson.”

“I think the party will want to give Rishi Sunak a grace period and a chance to prove himself. What we also need to see is that there are no alternatives. The Conservative Party now has a manpower problem. I don’t see any important, inner pretenders to the throne who could say they are better than Rishi Sunak and try to toss him out. Perhaps the current British Prime Minister does not have the acceptance he would have liked, but he enjoys tolerance. The Conservatives are between a cliff and a stream, and their options are very few.”

If Rishi Sunak does not succeed, will the Tories dare to elect a new leader again or will they proceed with early elections? And how many times can they do that?

“I get this question often and from many people. Institutionally and legally there is no reason to hold elections. Voters in Britain do not vote for a prime minister but for their representatives in parliament. The prime minister is elected by the parliamentarians and not by the people, so whoever has the majority wins. According to this logic, they can change another 10 prime ministers and legally there will be no problem. Developments, however, will be determined by opinion polls, the market climate or the political atmosphere and not by the rotation of persons in the leadership of the party. Also, a recently passed law “ties” the hands of the prime minister but also of the parliament for early elections. Boris Johnson went into early elections, maybe Rishi Sunak can’t do it.”

You’ve already mentioned the economy. What other challenges will the new British Prime Minister face? Can he provide solutions?

Whether or not time alone will tell. Theoretically, he has the skills to succeed. He is a man with a very good educational background, with experience in the City of London, and has connections. He is facing great difficulties, with the biggest one being, as I have already said, the economy. Britain has a mountain ahead of it. Rising inflation and energy costs, shortages and disruptions to trade due to Brexit, low investment, and low productivity create stifling pressures. And most importantly, there’s no light at the end of the tunnel, I can’t see what could improve the situation. Rishi Sunak has sat on an electric chair and I believe that those who know politics or economics would not want to be in his shoes. His hands are tied, something he himself recognizes, admitting that difficult days are ahead.

The Conservatives seem to be without an agenda. But what about the Labour Party? Are they in a position to win the elections and what can they do from a position of power?

“If there’s a moment when the Labor party can win, it is right now. Never before had they secured as much of a head start as the polls now give them. Furthermore, their leader, Keir Starmer, is keeping a low, calm tone and seems determined to gather voters from different political backgrounds, regions, and social strata. They do not have a crystal clear stance on how they will manage the post-Brexit era. They focus heavily on the issue of inequalities, poverty, and good governance. The poor state of the economy is working in their favor and for this reason, I believe that it will be very difficult for the Labor Party to lose.”

History cannot be written with “what if.” However, would the situation have been easier if Brexit had not taken place?

“Definitely yes, because one of the problems of the British economy is that one of the reasons for the rising cost of living is the post-Brexit import and export tariffs.

Due to bureaucratic costs, many medium-sized enterprises have stopped trading with the European Union, which means less growth. The other problem created by Brexit is a major shortage of human resources at all levels. What I would say is that Brexit not only created new problems but also enhanced the country’s past pathologies.”

But how did Britain get to this point of changing prime ministers more often than a football team changes coaches?

“The comparison of politics with football is interesting. My assessment is that we are dealing with the result and the backwash of populism. Populism started before the referendum on Britain’s relations with the EU, won the referendum but is now eating its children. The problem is not an institutional one; the Tories have had a strong majority in parliament in recent years. The problem is the lack of policy, which does not exist after Brexit. Their vision went that far. The Conservatives are left without an agenda, like an empty tunic, and are facing the existential problem that they can no longer say what they propose for the country. In a way, the Conservatives turned into the Brexit party. Now that they have achieved what they wanted, they cannot handle it. My point is that politicians promise very nice things, but when they win this victory often becomes a Pyrrhic victory.”