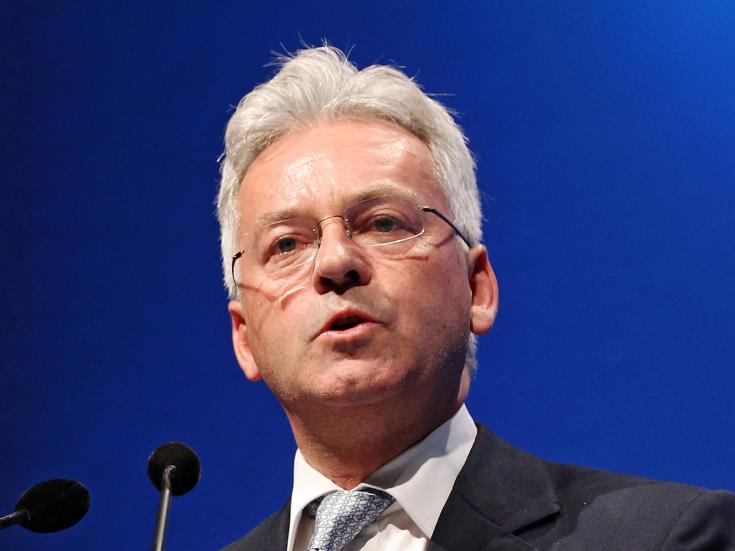 The UK Minister for Europe has once again urged dialogue to resolve the dispute over the Exclusive Economic Zone of the Republic of Cyprus, in the first British official statement following Turkey’s announcement that drilling has begun within the Cypriot EEZ.

The Labour Party MP Paul Farrelly had submitted a written question to the Foreign Office asking “what recent representations the Foreign Secretary has made to his Turkish counterpart on Turkey`s decision to proceed with offshore drilling operations within Cyprus’ exclusive economic zone.”

“We are following developments in the Eastern Mediterranean with concern. We would like to see the situation de-escalated. I raised the issue of Turkey`s planned drilling in waters around Cyprus with the Turkish Ambassador in London and the British Ambassador to Ankara has engaged with the Turkish Ministry of Foreign Affairs to urge de-escalation,” said the British Minster for Europe.

He added: “We have been clear with Turkey both publicly and privately that we oppose their plans to drill. We also continue to recognise the sovereign right of the Republic of Cyprus to exploit the oil and gas in its internationally agreed Exclusive Economic Zone.

“We believe it is critical for stability in the Mediterranean and for the integrity of the rules-based international system that disputes such as this are resolved, not through force, militarisation or coercion, but through dialogue and in accordance with international law.

“We will continue to work with the Republic of Cyprus and the wider region to that end. We continue to attach the utmost importance to securing a long-term settlement to the division of Cyprus and urge all parties to look for ways by which the development of the island`s resources can support the search for a settlement for the benefit of all Cypriots.”