UK remains a top destination of choice for Cypriot students 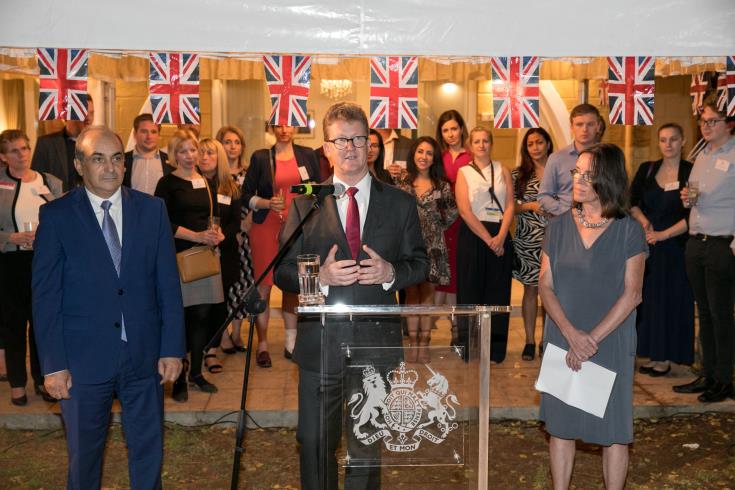 The UK remains a top destination of choice for Cypriot students, with approximately 1% of the population studying in the UK at any one time, and around 40,000 alumni of UK institutions in total.

Despite its small size, Cyprus ranks as the 10th most important source country for international students in the UK according to recent statistics. The Universities of Reading, Essex and Sussex traditionally have the largest numbers of Cypriot students.

This is noted in a press release issued by the British High Commission to Cyprus, on the occasion of a major gathering of UK alumni in Cyprus hosted on October 17 by the High Commission, the British Council and the UK university alumni associations in Cyprus.

A wonderful evening celebrating the extensive Uk-#Cyprus links in #education and #research. Thank you to the many #UKalumniCY who joined us from across the island, incl. Acting President @Syllouris. pic.twitter.com/Kj1FVKU3Jw

According to the press release, over 350 Cypriot alumni of UK universities from across the island gathered at the residence of the British High Commissioner in Nicosia to celebrate bilateral links in education, science and research, in the presence of the President of the House and Representatives and UK alumnus Dimitris Syllouris.

Over 35 British universities, in Cyprus for the annual Study UK fairs organised by the British Council, also participated, as did 12 Cypriot institutions with major research links with the UK to showcase their work. The event was organised in conjunction with the 17 UK university alumni groups which currently operate in Cyprus.

UK High Commissioner Stephen Lillie said that “education has long been a cornerstone of UK-Cyprus relations. We want to better harness the bonds built up through these study experiences to the benefit of our bilateral relations.”

“Our bilateral relationship is one that few other countries can match in terms of the network of personal, business, administrative, cultural and educational ties that have developed between us over the years, and Brexit will not change that,” he added.

British Council Director Angela Hennelly said that “as Cyprus develops its ambitions to become a regional education and research hub, the UK is keen to support through new forms of transnational educational co-operation, offering UK qualifications through local partnerships.”