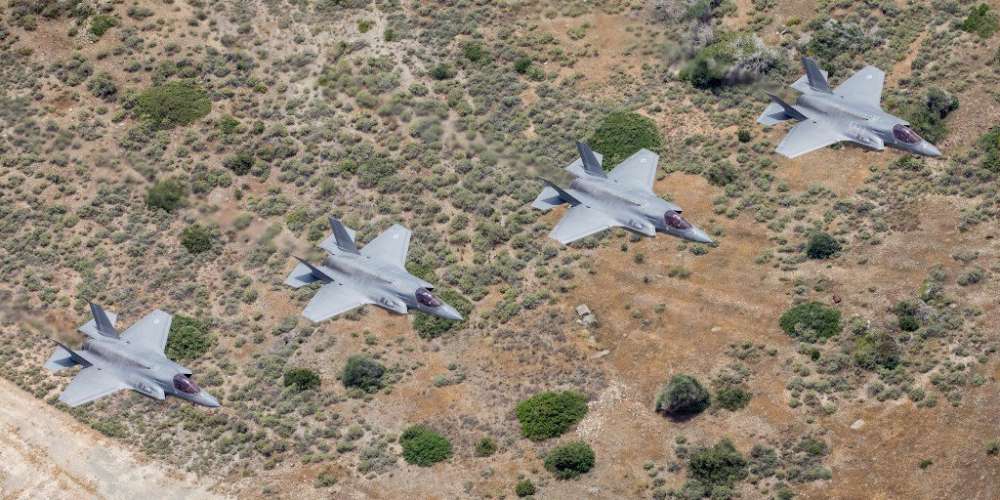 The jets arrived in Cyprus on May 21 to spend six weeks at RAF Akrotiri, according to the UK Ministry of Defence.

Exercise Lightning Dawn is the first overseas deployment for the RAF fighters.

Their crew will take in routine training and gain experience in maintaining and flying the F-35 in an unfamiliar environment, RAF Marham Station Commander Group Captain Ian Townsend said.

The @bfcyprus Field Gun Crew pictured with the #F35UK 5th generation multi-role stealth aircraft, as they both took a break from training at RAF Akrotiri. The crew will compete in the @RoyalNavy FG competition, while the #F35UK continues to train on its first overseas exercise. pic.twitter.com/ckZWL3GYyq