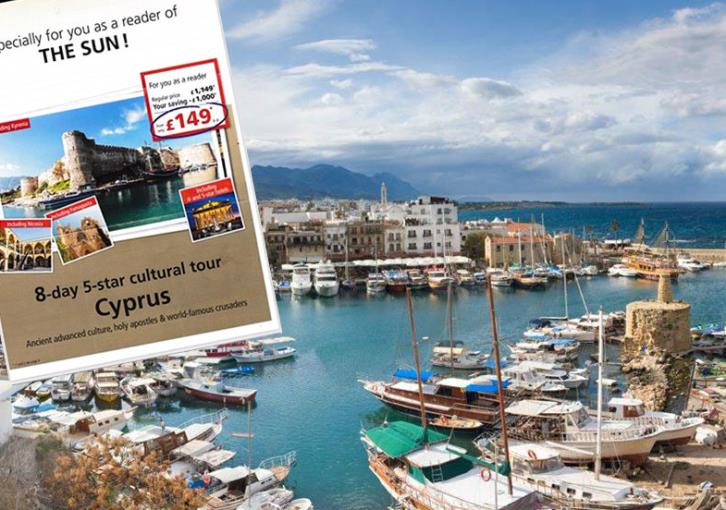 UK Cypriots have been angered by a special promotion by the Sun newspaper offering its readers a seven night package holiday to Turkish-held north Cyprus at a special discounted price of £149 , the Cyprus News Agency is reporting.

It said that the president of the National Association of Cypriots in the UK Christos Karaolis has written to the British tabloid, The federation is urging other members of the community to also send letters of protest.

The Cyprus News Agency said that the Sun had featured a four page ad offering a holiday in Turkish held north a full £1000 off the regular price. Advertised as an eight day five star cultural tour of Cyprus, it includes flights out of Gatwick and Manchester, seven nights accommodation at four and five star hotels, transfers, guided tours and visits to sights such as ancient Salamina, Bellapais and Apostolos Andreas Monastery.

In his protest letter to the Sun, Karaolis said he was extremely disappointed with the ad which he said was misleading since the area advertised is under illegal Turkish occupations since 1974. Many UK Cypriots own property there and are deprived of their human right to use it, he added.