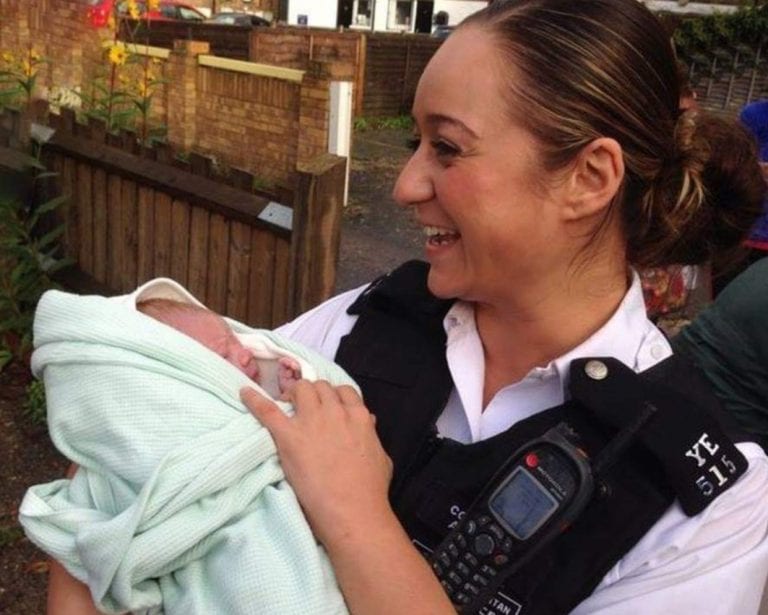 A UK Cypriot police officer helped deliver a baby girl after she and a colleague were flagged down by a concerned father whilst on a routine patrol in Enfield, London, Parikiaki newspaper reports.

It said that PC Andri Andreou and police community support officer (PCSO) Steve Porter were making their way down Lancaster Road, Enfield when they saw the baby’s father running towards them, frantically trying to flag them down.

The father was about to take his partner, who was in labour, to hospital when they suddenly realised the baby was on her way.

While PCSO Porter called for assistance and an ambulance, PC Andreou helped deliver the baby girl.

Baby Florence did not instantly cry and everyone became extremely concerned. PC Andreou took decisive action and rubbed baby Florence and blew directly into her face, whereupon she began to cry.

Andreou said: “I held baby Florence on her mother’s tummy until the ambulance arrived. This was a scary, emotional and heart warming occasion and although I was initially in shock, I am very privileged to have been part of it. I would like to thank PCSO Porter for his support, composure and calm demeanour throughout the delivery.”