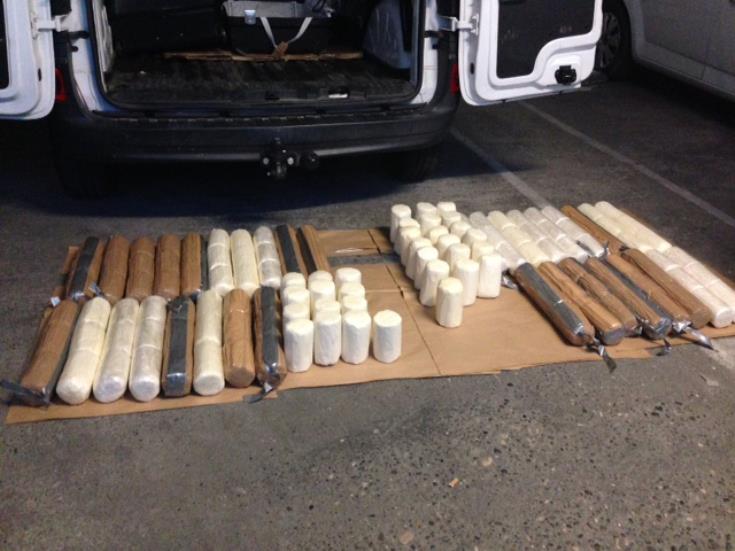 Larnaca -Famagusta Criminal Court on Monday jailed two women from Venezuela for five years after they pleaded guilty to importing cocaine with a view to supplying it to others. The two, aged 28 and 31, were arrested at Larnaca Airport on 20 January on arrival from Sao Paulo, Brazil, via Madrid and Athens.

They were denied  entry into the Republic by Immigration Authorities and held at the airport to be sent back to Brazil. Early the next morning, as their suitcases were being checked for departure,  a cylindrical container was found in the jacket pocket and the handbag of the 28 year old containing a white powder that looked like cocaine. The drug squad was brought in to pick up the packages weighing some 500 grams. The two women also gave their written consent to undergo X Rays at Larnaca Hospital. These tests showed two cylindrical packages in the body of the 31 year old containing some 500 grams of cocaine.

In written testimony the two woman said they had been hired as drug mules, undertaking to carry the drugs for 3500 euro, of which they received 1000 euro each in advance. They were told that they would be contacted on arrival at Larnaca to hand over the drugs.

The Criminal Court took into consideration as mitigating factors their admission of guilt and their cooperation with authorities, their clean record and their personal circumstances, since both are mothers.

The court noted that neither of the women were the brains behind the operation, however their role in the drug trafficking chain was an important one.