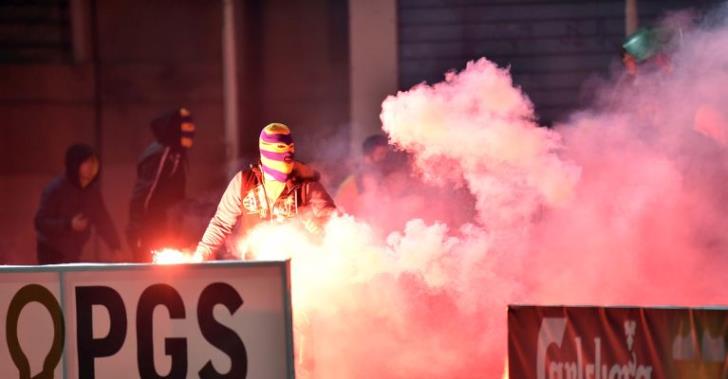 The Police arrested another two people regarding the incidents that occurred at Tsirio stadium on Sunday when supporters of AEL team entered into the field and lit sparklers and flares causing damage. According to philenews, the arrested are a 32-year-old and a 21-year-old while another person is being sought by the police. Another person has already been arrested for the same case.

By gavriella
Previous article
Education Minister: No 28 October parade
Next article
Serious complaint by the Network Against Violence to Women