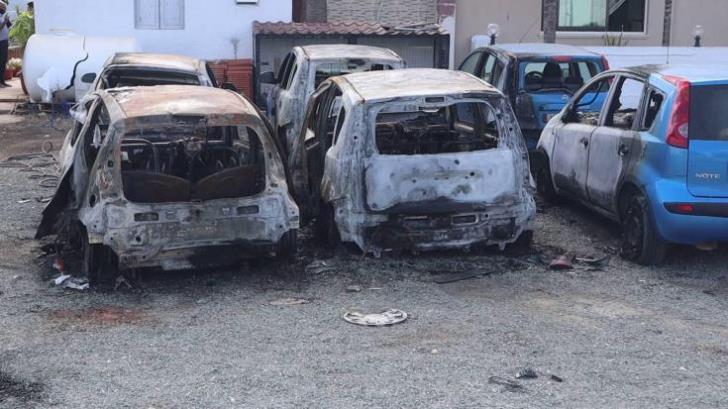 Police have arrested two people, aged 37 and 38, regarding the arson of six cars in Frenaros early on Saturday morning.
The two people were arrested on the basis of a court warrant following a testimony against them.
The arrested will be tomorrow appear before the Famagusta District Court which will issue warrants for their arrest.
The Famagusta CID is investigating the case.

By gavriella
Previous article
President presents National Recovery Plan for the post-COVID era
Next article
Where to get a rapid test on Tuesday 18, May