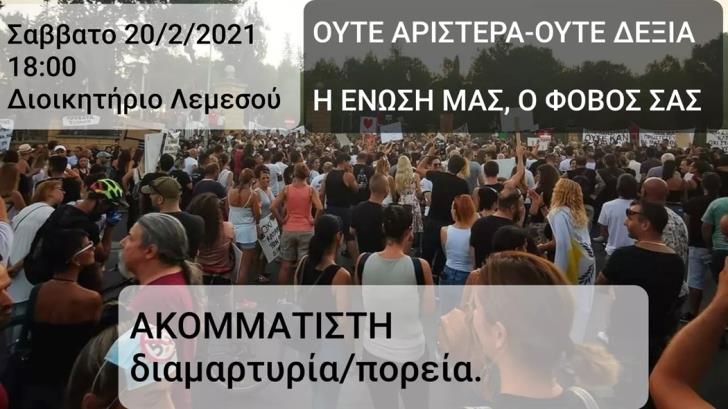 At the time when the Police are getting ready for the big protest that will take place in Nicosia on Saturday, two more protests are being prepared in Limassol for today and for Saturday.

According to information, a protest is being organized for today, outside the central Police Station in Limassol, something that the Authorities are aware of.

It is noted that organizers and participants communicate with SMS and do not post anything on social media.

Participants noted they will cover one eye in solidarity to Anastasia who got hurt due to police brutality, will wear their masks and will keep their distances so as not to be fined. They also noted that they denounce the police brutality against demonstrators on 13 February and added that in case of Police violence they will withdraw.

Moreover, another protest will take place in Limassol on Saturday.

According to a relevant posting on Facebook, it is an event that has nothing to do with parties.

It is a pure protest against corruption and financial problems.