Two more green sea turtles were recently released back in the sea in Meneou after being nursed back to health, according to a Department of Fisheries and Marine Research (DFMR) announcement.

The two Chelonia mydas are named “Aphrodite” and “Anastasia” and the return back to their natural environment took place last Friday.

“Aphrodite” is a medium sized juvenile green turtle (49cm long x 45.5cm wide) weighing 14.4kg. She had been hit by a boat propeller and was found by drivers in Protaras back in late August.

The turtle was transferred to the Cyprus Marine Aquaculture Research Center (CMRCA) which is located in Meneou, Larnaca district. 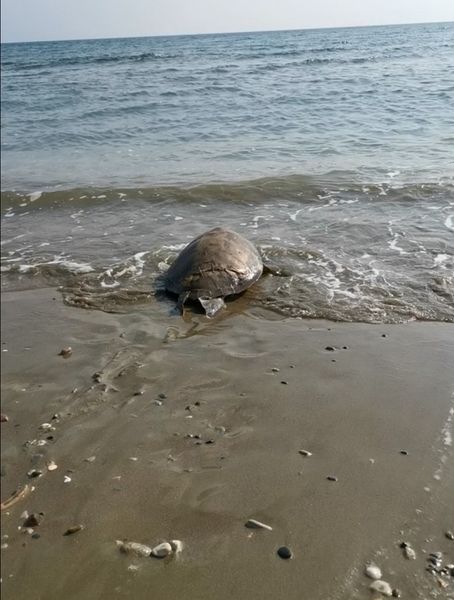 It also functions as a Center for the Provision of First Aid, Treatment and Rehabilitation of Sea Turtles.

“Aphrodite” underwent surgery by a veterinarian to repair her wound and after intensive treatment for more than two months she has fully recovered.

She was found by park rangers on a beach in Polis Chrysochous, Paphos district, also in late August. She, too, was hit by a boat propeller and transferred to CMRCA.

She had received intensive treatment for over two months and is now also fully recovered.

By Annie Charalambous
Previous article
“Every Brilliant Thing”: one-woman show in Nicosia & Larnaca
Next article
“A Day at the Museum” by ESN Cyprus in Nicosia on November 19