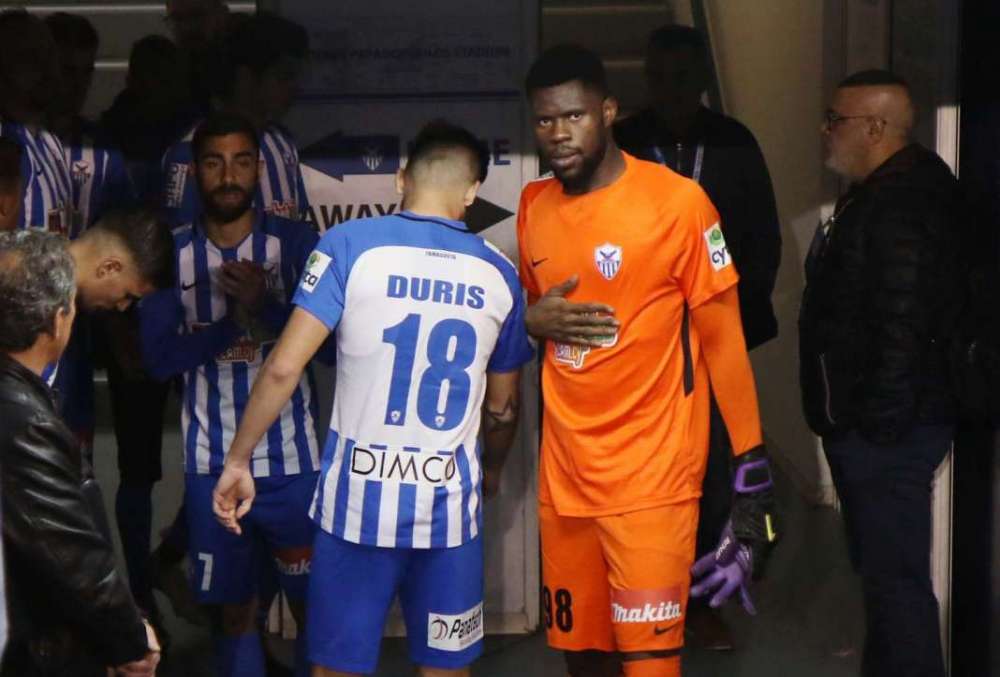 Police arrested a couple from Nicosia on Tuesday to facilitate investigations in the case of the health certificate of Anorthosis goalkeeper Francis Uzoho.

A 36 year old woman from Nicosia which is involved in the issuing of health certificates and her 41 year old husband were arrested on the charges of conspiracy to commit fraud and intervention in court proceedings, police reported.

According to goal.com.cy, the two are neighbours of Kyriacos Yiangou, Anorthosis’ vice-president who has been held in custody since Saturday.

Yiangou is expected to be released later today.

By In Cyprus
Previous articleRow between doctors’ association, health minister escalates
Next articleMore rain on the way