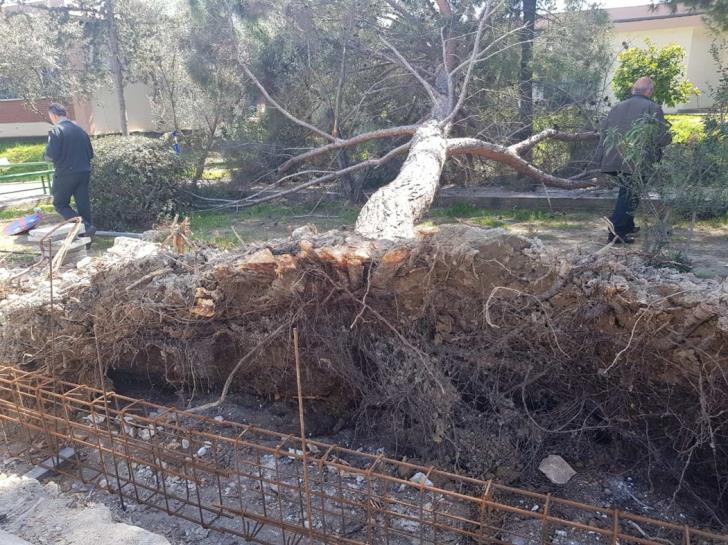 Two large pine trees located outside Ayias Marina school in Strovolos were felled without permission from the Forestry Department, the Green Party said on Tuesday.

The Greens say that the tree was cut down after a decision by the president of the school board.

The party says that after investigating the case, it found that the board had not received permission from the Forestry Department to cut the tree.

“Today we witnessed another environmental crime in Nicosia,” a party announcement says. “The Strovolos school board cut two huge pine trees without any significant reason to do so.”

The party claims that it contacted the president of the school board who argued that the tree was cut “by mistake”.

“As Green Party-Citizen’s Cooperation we are not satisfied with  such excuses and we believe that environmental crimes of this scale should be subject to punishment.”

“We expect from the Department of Forests to impose the maximum fine possible,” the party concluded.