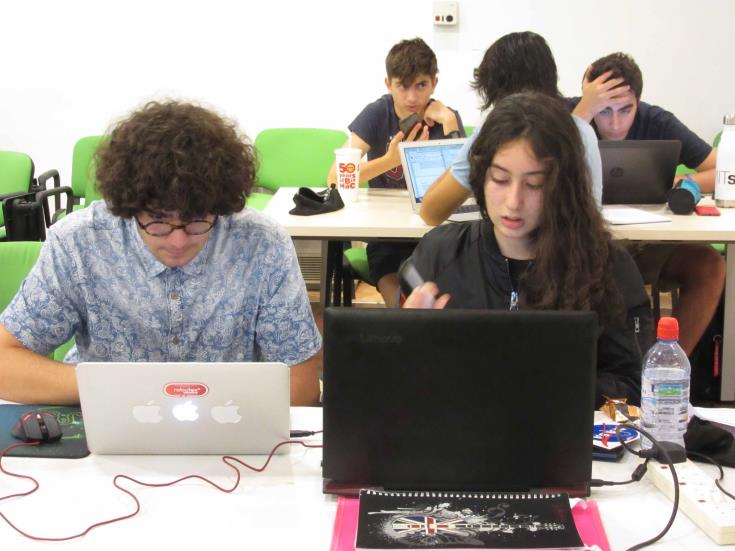 Two 14-year old pupils from Cyprus won first prize in a competition brought exclusively to Cyprus by NASA in the framework of the NASA SpaceApps Challenge, that took place in many cities around the world including Nicosia last weekend.

The competition in Nicosia took place in the presence of NASA Chief scientist Dr James Green, who mentored the teams.
This year NASA offered an exclusive prize only for Cyprus that no other country had. The special challenge for Cyprus was about space colonisation.

Participant teams had to prepare and present a project which included  defining the contributing members of the base, designing a list of requirements for countries to contribute in such a project, decide how many people from each country or state should participate, structure a leadership and governance for the colony(ies), design a social structure etc.

President of the Cyprus Space Exploration Organisation, that brings to Cyprus the NASA SpaceApps Challenge, George Danos, told CNA that the winning team ‘did a thorough  project that amazed the judges, especially the NASA judge’.

The teams had one weekend to think about their project and ten minutes to present it before the judges, two from the CSEO and one from NASA.

NASA offers the winning team the unique opportunity to visit the Marshall Space Flight Center where astronauts are trained, while three more teams will visit the Rocket and Space Center.  All teams will be given the chance to train like astronauts for one week.

Danos told CNA that the teams’ level was especially high and said that «the NASA and CSEO judges had a hard time choosing the winners, because the work of all the teams was of a high standard.  The work they have produced honours the Moon Village Association’.

“Once again, we see that there is much potential in this country. Cyprus can excel and we are making sure that we provide the right stimulus and springboard to help our talented youth to reach for the stars’ he said.

It is noted that Cyprus has so far in just five years, managed two global wins and a second place at the International stage of this hackathon. The Cypriot winning teams had the honour to be invited by NASA to the Kennedy Space Center at Cape Canaveral.