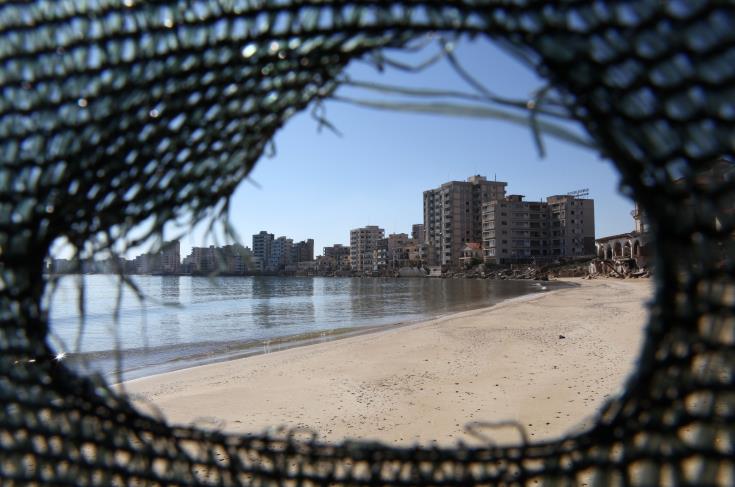 Cyprus’ political leadership have strongly condemned the announcement by Turkey and the breakaway Turkish Cypriot ‘state’ in the north to reopen on Thursday the beach area of Varosha – an abandoned resort in no-man’s land.

President Nicos Anastasiades, who as recently as last week was involved in a tense stand-off with his EU peers for his push for sanctions on Turkey, said: “this is an exceptionally unacceptable situation.”

Talking after an urgent National Council meeting, the President also said: “Nicosia will promptly file a recourse to the United Nations Security Council.”

EU member Cyprus is divided since 1974 following an invasion by Turkey which still maintains troops in the  northern third.

Ersin Tatar, self-declared premier of the breakaway state, made Tuesday’s announcement in Ankara alongside Turkish President Tayyip Erdogan, who said he backed the decision on Varosha, sealed off within barbed wire for decades.

“God willing, we will start to use the Maras beach on Thursday morning together with our people,” Tatar said, using Varosha’s illegal Turkish name. The North is only recognised as a state by Turkey.

Sources in Cyprus said the plan was to open up about 1.5 km (1 mile) of beachfront to the public and not the approximately 6 square km (2.3 sq miles) inland that includes abandoned hotels and residences which its population of 39,000 people fled in 1974 during a Turkish invasion following a Greek inspired coup.

Varosha is a suburb of the larger city of Famagusta, which, in Greek – Ammochostos – means “buried in sand”. It has a pristine coastline of thick golden sand, most of it in the now out-of-bounds Varosha quarter.

Presently, about 200 metres (660 ft) of it is accessible to the public under the towering shadow of a hotel and a three-storey resort bombed during the war and left rotting since then. The rest of it is fenced off by rusting barbed wire which extends into the sea, guarded by Turkish soldiers.

Nicosia had already been in touch with the governments of the five permanent members of the Security Council in the hours leading up to the announcement, people with knowledge of the matter said.

Tatar had signalled steps to reopen Varosha in August, saying a revival of the area, which contains derelict hotels, churches and residences, would bring trade and tourism benefits.

‘Presidential elections’ are scheduled to be held in northern Cyprus on Sunday, with Tatar a candidate.

Varosha has been off limits along ceasefire lines to all but the Turkish military since 1974 and has stood as a bargaining chip in the decades-long dispute between Greek and Turkish Cypriots.

Numerous UN resolutions stress that only under the legal Greek Cypriot inhabitants of the ‘ghost town’ can  the reopening take place.

Several peace-making efforts have made no significant progress and the discovery of offshore energy resources has complicated efforts to resolve the island’s 46-year-old partition.