Turkish lira slips after U.S. is set to impose sanctions, EU proceeds with limited ones 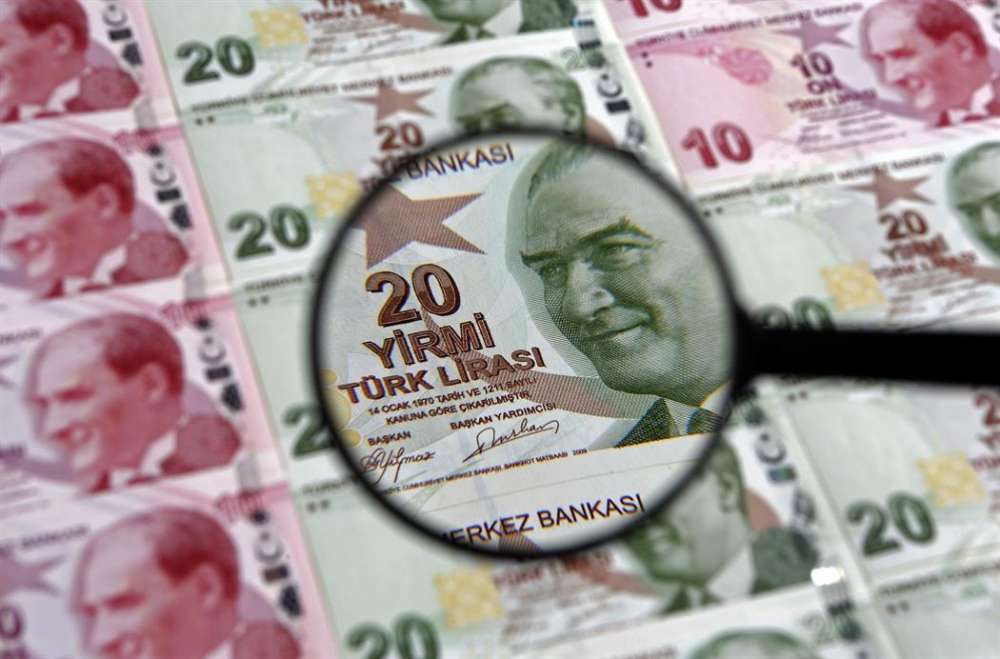 The Turkish lira weakened on Friday after sources said the United States was poised to impose sanctions on Turkey over its acquisition of Russian S-400 air defence systems, a move set to worsen ties between the two NATO allies.

Separately, European Union leaders agreed on Thursday to prepare limited sanctions on Turkish individuals over an energy exploration dispute with Greece and Cyprus, postponing any harsher steps until March.

The sanctions threat pushed the lira to as far as 7.9375 versus the dollar, off 0.6%. It shed another 1% late on Thursday after Reuters reported the pending U.S. sanctions, and has shed 25% this year, among the worst in emerging markets.

The U.S. move, likely to infuriate Ankara and weigh on ties as President-elect Joe Biden prepares to take office, is set to be announced as early as Friday and target Turkey’s Defence Industries Directorate, sources said.

Two sources familiar with the matter, including a U.S. official speaking on the condition of anonymity, told Reuters President Donald Trump had given aides his blessing for the sanctions.

A treasury desk trader at one bank said the simultaneous moves by the United States and EU were negative but would not have a direct impact on the Turkish economy in the short term, and have only a limited market impact if they remain mild.

“If sanctions are left like this, pricing may even turn positive in the period ahead,” he said. “But we understand that this may remain a medium-term risk factor for the lira.”

The lira has hit a series of all-time lows this year on concerns over depleted reserves, negative real rates and high inflation. It rebounded from a record low of 8.58 last month after the country’s top two economic policymakers were replaced.

“The lira direction will be determined by whether the EU and United States give messages in the direction of reconciliation or signal that further sanctions will come,” the trader said.

A senior Turkish official said late on Thursday that U.S. sanctions on Turkey would backfire and hurt ties between the two countries.

Timothy Ash at Blue bay Asset Management said Trump would be expected to choose lighter sanctions options given the strength of his relationship with Turkish President Tayyip Erdogan.

“With sanctions from S-400s out of the way it will clear the air for Biden to reset relations with Turkey. Surely it can only get better from here,” he said.

In Brussels, EU leaders agreed a statement paving the way to punish individuals accused of planning or taking part in unauthorised drilling off Cyprus, shying away from a threat in October to consider wider economic measures.