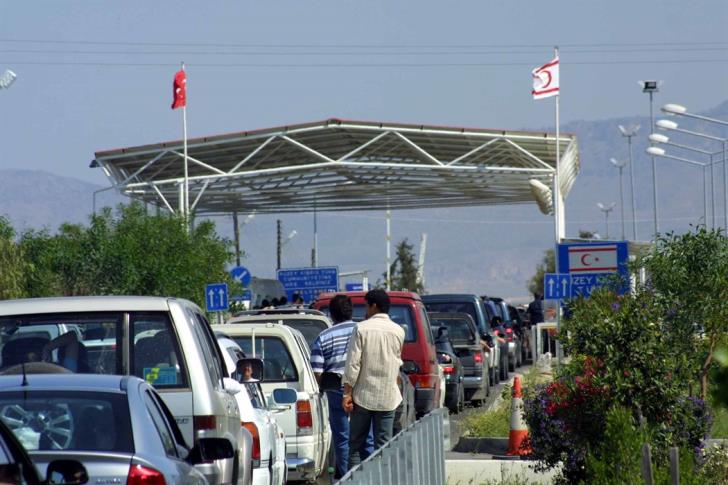 There has been a rise in the number of Greek-Cypriots visiting the occupied areas, mainly due to the lower price of gasoline and other goods, especially after the drop in Turkish pound.

For the first time since the checkpoints opened 15 years ago, the number of Greek Cypriots going to the occupied areas has exceeded that of Turkish Cypriots visiting the Republic of Cyprus.

Between January and July 2018, 2,684,175 people passed through the checkpoints from the government controlled areas to the Turkish held north while 2,637,221 made the trip in the opposite direction.

The gap between the two is expected to grow further when the number of visitors in August is taken into account, since during this month there has been a massive increase in the visits of Greek-Cypriots to the occupied areas.

On the other hand, Turkish-Cypriots’purchasing power has shrunk as prices have risen. There have been significant price rises reaching 12% for basic goods such as milk, bread, eggs, yoghurt, sugar, salt and cheese. The Eid holiday officially started yesterday but the festive atmosphere has been affected by the economic crisis.

The crisis in the Turkish-held north is expected to affect the repayment of loans as well. However, the so-called ‘Central Bank’ in the occupied areas claims that there is enough liquidity and the proper measures have been taken to prolong loan repayment periods for those who had borrowed in foreign currency. Due to the crisis, homeowners are asking tenants to pay their rent in foreign currency rather than in Turkish pounds.

As the Turkish pound’s exchange rate has plunged, commodity prices have shot up. Some suppliers have terminated the shipment of goods while others have raised their prices.