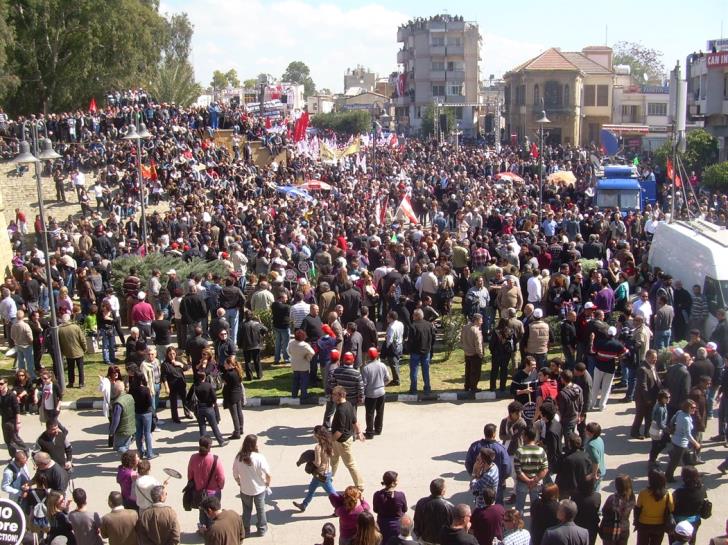 The “Will and Democracy” platform on Tuesday afternoon is organizing a protest in Inonou Square in northern Nicosia to demand democracy to prevail in the breakaway ‘state’.

Cyprus is divided since a 1974 invasion by Turkey which still maintains troops in the EU member’s northern part and is the only country to recognise as a ‘state’ an illegal entity  there.

Organisers believe the rally will be massive, according to Philenews which also reported that teenagers, young adults and all progressive centre-left Turkish Cypriot parties are behind the platform.

An informed source said Akinci will attend the protest even though he has just undergone a gallbladder removal surgery.

Inonou Square is located at a crossroads from where the voices of the protesters can be heard at the “parliament” and “presidential palace” as well as across the Ledra Palace checkpoint dividing Nicosia, the capital.

Photo shows a mass rally in Inonu Square some years back when Turkish Cypriots were again demanding Turkey’s intervention to stop.