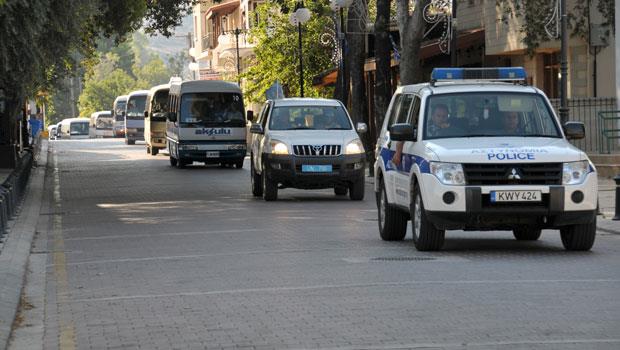 Turkish Cypriots today crossed the Limnitis checkpoint today to go to Kokkina enclave for the celebrations for the Tylliria battle of 1964.

As is done every year, the crossing took place in 50 mini buses with approximately 500 Turkish Cypriots from the occupied areas.

Other Turkish Cypriots arrived through the sea by vessels accompanied by Turkish boats.

The Turkish Cypriot leadership and representatives of the occupation army also attend the celebrations and went to Kokkina by helicopter from the occupied part of Nicosia.