Turkish Cypriot side’s attention drawn back to the Maronites’ case 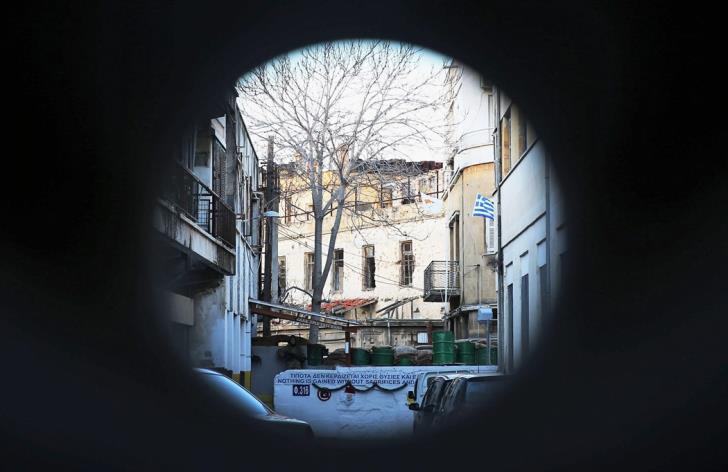 After several months, the Turkish Cypriot side draws attention back to the issue on the return of Maronites to their occupied villages, under the current regime. Mustafa Akinci’s initiative to meet last week with a group of people residing in the occupied village of Ayia Marina was anything but incidental, as it aimed at reviving the issue, shifting attention once more to issues beyond the essence of the Cyprus problem and transferring in a way pressure on the Greek Cypriot side, thus resulting in other confrontations.

Mustafa Akinci recently met with a group of Maronites, a fact that is interpreted by Nicosia, as reported by relevant governmental sources to “Ph”, as an attempt on behalf of the Turkish Cypriot side, always in consultation with Turkey, to whip up sentiment. On this line and given the pressure on Ankara with regard to its provocative stance as to the Cyprus’ Exclusive Economic Zone, the Turkish side proceeds to strategic and communicative moves in order to show itself in a different light. That is, it takes steps and makes overtures to create a climate of trust between the two sides. However, on the substance, the Turkish Cypriot side, following Ankara’s line, wants to exert further pressure on the Greek Cypriot side in view of the possibility of resuming negotiations, presenting new faits accomplis. It is not a secret that the issue of the return of the Maronites to their four occupied villages was first highlighted last summer following the failure of the Crans-Montana talks and in the context of the Turkish and Turkish Cypriot side’s reports on the implementation of a Plan B and the search for solutions beyond the agreed UN framework.

Last Thursday and in the lead-up to Akinci’s statements last Friday, the Community Presidents of the four occupied Maronite villages, along with the representative of Maronites in the Parliament, had a meeting with Presidential Commissioner for Humanitarian Issues, Photis Photiou. The meeting was realized as part of the regular meetings that take place from time to time. During the meeting several issues related to the Maronites were discussed and their official position, meaning that they are in consultation with the authorities of the Republic of Cyprus, was reiterated, while stating that there was no other report from the occupation authorities on the issue.

Nevertheless, on Friday the issue was brought back up, following the reports by Akinci to the Maronite group of Ayia Marina Skylouras, who met with him, namely the fact that he would proceed to a co-ordination meeting with the “government” immediately after the approval of the 2018 budget by the “Parliament”.

As transmitted from the occupied area and according to the so-called presidential palace, the Turkish Cypriot leader had met in his office with a Maronite delegation from Ayia Marina consisting of Maria Emmanouil, Giannakis R. Emmanouil, Yiannis A. Emmanouil, Antonis Emmanouil, Michalis Hatziroussos and Father Joseph Skender.

That same announcement mentions that during the meeting Mr Akinci explained to the Maronites of Ayia Marina the work that is being realized on the basis of the political decision taken last July relating to the return of the Maronites. He further mentioned that this work, which was interrupted due to premature “elections”, will continue and is expected to gather momentum after the approval of the “state budget”.

The announcement additionally states that the decision was taken on 27 July the previous year, following a meeting at the “presidential palace” under Mustafa Akinci and that the work is being undertaken with the participation of representatives from the “Prime Minister’s office”, the “Ministries of Foreign Affairs, Finance and Interior”, a delegation of the Turkish “Embassy” and the Turkish army. A road map and timetables were drawn up for the implementation of this decision.

It is worth mentioning that out of the last four Maronite villages of Ayia Marina, meaning Ayia Marina, Asomatos, Kormakitis and Karpasia, only the last two are habitable and these are the only two villages where several young couples have returned with the resettlement plan of the Republic of Cyprus.  The remaining two villages, namely Ayia Marina and Asomatos are military areas and in order for a resettlement to take place, a troop withdrawal should occur. Up to date, no move has been made by the Turkish army, which indicates that any action taken on behalf of the occupation regime is clearly aimed at whipping up sentiments.

The Commissioner for Humanitarian Issues, Photis Photiou, in his statements on the matter, reiterated the position that the issue of resettlement is a matter for which there are applicable regulations of the Republic of Cyprus and anyone who is willing and can relocate to the occupied areas should do so on the basis of these regulations.

By In Cyprus
Previous articleBestiality case: Evidence provided by the 61-year-old
Next articlePizzeria 485° Napoletana