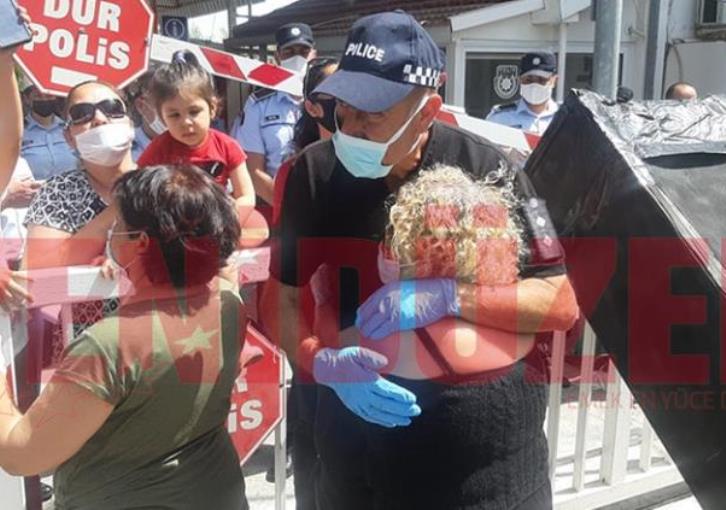 Turkish Cypriot Pyla residents staged a protest on Wednesday over not being allowed to cross to the ‘north’ to go to work, CNA reports.

According to information from Turkish-Cypriot media reported by CNA, protesters held a placard saying “I am not a refugee”, others dropped a black coffin at the Turkish-Cypriot Pergamos checkpoint and some were shouting the slogan “They will not have us, nor our corpses.”

The event was also attended by Pyla’s Turkish-Cypriot community leader Veysal Guden who said that “each politician cannot also be a statesman. They threw us in a hole in the ground and left us there. But the day will come when those politicians will come here and they will be thrown into that hole. Every day that goes by they are taking away a little bit of our life.”

Guden spoke of the problems faced by the residents due to the measures, accusing the “government” of paving the way to their extermination from their territories.

“We want justice but haven’t seen any. We don’t want our country to have checkpoints,” he said, adding that both sides were wrong to close the checkpoints and that it would have been enough to only close the external borders.

Another group of Turkish-Cypriots who live in the occupied areas but work in the Republic of Cyprus staged their own protest at the Pergamos checkpoint, supporting the Pyla residents’ cause and shouting that all they want is to go back to work in the ‘south’.

The group issued an announcement later saying that “the situation we are in, and now with the pandemic, highlights the decades-old unresolved problem. The lack of willingness by the two sides to cooperate in the pandemic issue forces us to face great problems, both Pyla residents and us who work in the ‘south’.”