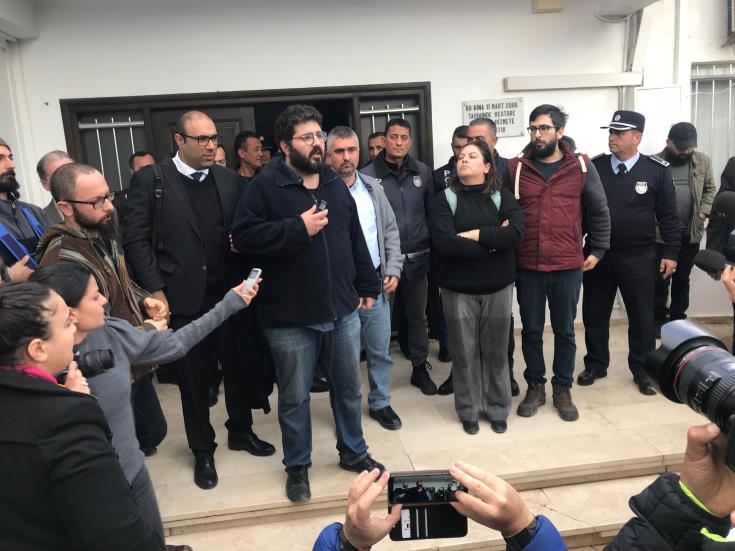 If the fine is not paid within ten days, the decision will be converted into a 20 day prison sentence.

According to Kibris, Karapasaoglu said that he will not pay the fine.

“They are sending me to jail because I don’t want to hold a gun. I’ve said that I will not fire a bullet at my friend Antonis” he stated after exiting the ‘court.’

“In ten days I will come here to stay in jail for 20 days because I refuse to pay these money,” Karapasaoglu said, explaining that if he pays the fine, all his actions will be rendered meaningless.

The 33 year old conscientious objector will have to appear before a  military ‘court’ on January 14. If he chooses not to pay the fine, he will be arrested and sent to prison for 20 days.

The initiative for conscientious objectors, which Karapasaoglu is a member of, organised a protest outside the military ‘court’ before the trial on Thursday to express their support to him.

A U.N. delegation and members of the European Bureau for Conscientious Objection also attended the trial on Thursday.

After the trial, Ali Kismir, the president of the Press Workers Union in the occupied north and Serkan Soyalan, the secretary general announced that they will become conscientious objectors.

They said that it is a shame that the Turkish-backed authorities in the north, operating under pressure, send people who want to enjoy their basic human rights to jail.

“We see the Greek and Turkish Cypriots as one people and reject holding guns against each other,” the union said in an announcement.

By In Cyprus
Previous articlePolice charge 160 with illegal gambling
Next articleFinance Ministry issues six-year bonds for natural persons worth of €5.6 million