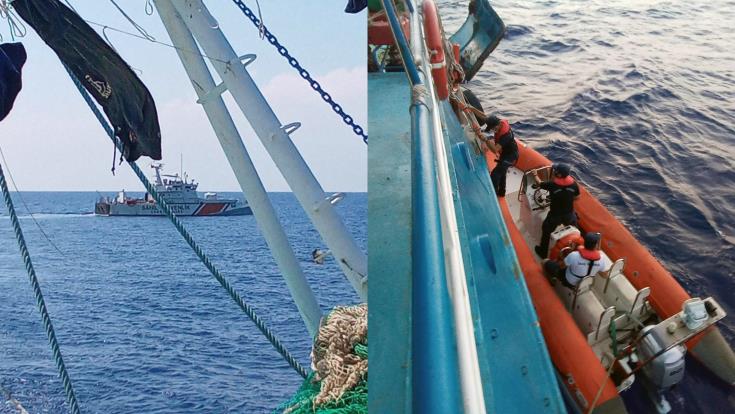 A Cypriot fishing boat belonging to “Psarokaika” company was stopped by Turkish coast guard on Tuesday afternoon while trying to fish in international waters.

The same boat had tried to fish in international waters off Turkish occupied Apostolos Andreas area three years ago and was harassed by Turkish police. Another fishing boat was confiscated and its five-member crew arrested in September 2018.

The Cypriot boat was fishing 20 nautical miles off the coast of Apostolos Andreas in international waters on Tuesday when it was stopped by a Turkish coast guard vessel around 1430. An inflatable boat approached the Cypriot boat and eight Turkish nationals boarded the Cypriot fishing boat. The Cypriot crew and Aristidou were interrogated by the Turkish policemen on the number of antennas on the fishing boat. They also performed checks on the boat’s cable system and placed plugs, causing damage to three of the nine systems.

Around 2030 they were allowed to leave after the Turkish police drew a two-kilometer line from Dherynia on a map and claimed it was Turkish Exclusive Economic Zone which should not be violated.