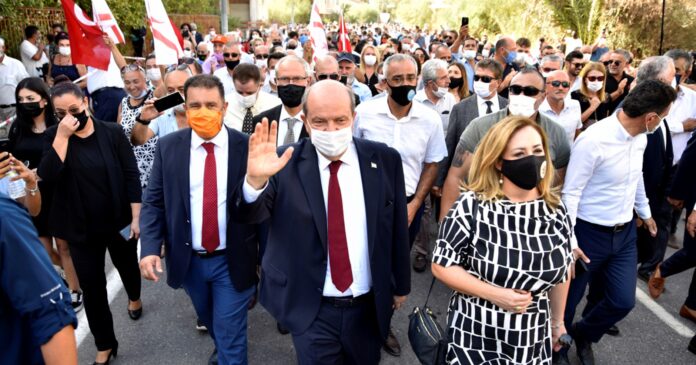 Turkish President Recep Tayyip Erdogan took to his official Twitter account to congratulate Ersin Tatar for his victory in a ‘presidential’ election on Sunday in breakaway north Cyprus.

“Turkey will continue to make all necessary efforts to defend the rights of the Turkish Cypriot people,” Erdogan said.

The Turkish Foreign Ministry went a step further on Monday, inviting the new leader of the Turkish Cypriot community to Ankara as his first ‘official’ trip overseas.

Tatar supports separate sovereign administrations on the island, while Akinci wanted to work to reunite the island – divided since a 1974 invasion by Turkey which still maintains troops there. Ankara is the only country recognising the secessionist entity in the north.

As well as having an impact on inter-island talks, the result of the election may influence negotiations over contested maritime claims in the eastern Mediterranean, which has Turkey at odds with both Greece and Cyprus.

Earlier this month, Tatar, speaking alongside Erdogan, said the secessionist regime was reopening part of the beachfront of Varosha – a resort abandoned by its Greek Cypriot legal inhabitants for 46 years.

By Annie Charalambous
Previous articleMainly fine on Monday, with some dust in the air
Next articleEarly voting begins in crucial Florida as campaign enters closing stretch