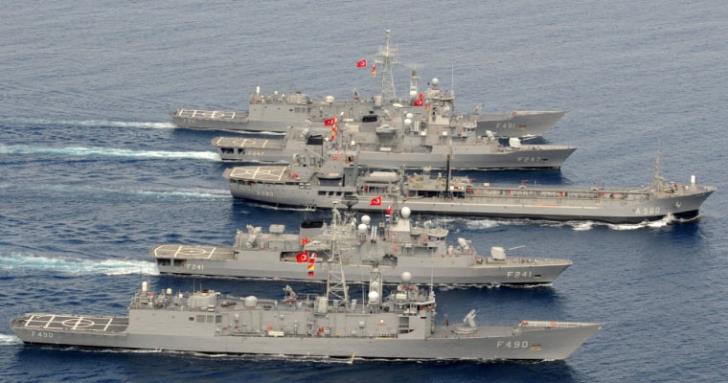 “A Turkish naval base is being established in the TRNC. Commander of the Turkish naval forces Admiral Adnan Ozbal inspected it in person on November 15th. An air base will also be established there. In my opinion, this came very late, however it is a geopolitical necessity,” Guven said.

Under the title “Turkey is establishing a naval base in Cyprus”, Turkish daily Aydinlik on Monday wrote that “Turkey decided to establish a modern naval base in Cyprus [in the occupied area of Cyprus] in order to protect its rights and interests in the Eastern Mediterranean and to guarantee the sovereign rights of the TRNC.”

According to the paper, the Turkish Naval Command submitted a proposal to Turkey’s Foreign Minister for the establishment of a sovereign naval base in Trikomo last August. The modern naval base will be built on an area of approximately 280 thousand acres.

If build it will be able to host frigates, corvettes, submarines and helicopters. The Commander of the Turkish naval forces Admiral Adnan Ozbal scouted the area during his visit to the occupied area of Cyprus on November 15th.

Moreover, the paper reported that Admiral Ozbal raised this issue during his meeting with Turkish Cypriot leader Mustafa Akinci. A mutual understanding had been reached and an agreement between Turkey and the breakaway regime would be signed within 2019.

By In Cyprus
Previous article
Jamal Khashoggi; murdered journalists chosen as TIME’s person of the Year
Next article
Defence Minister to visit Ireland