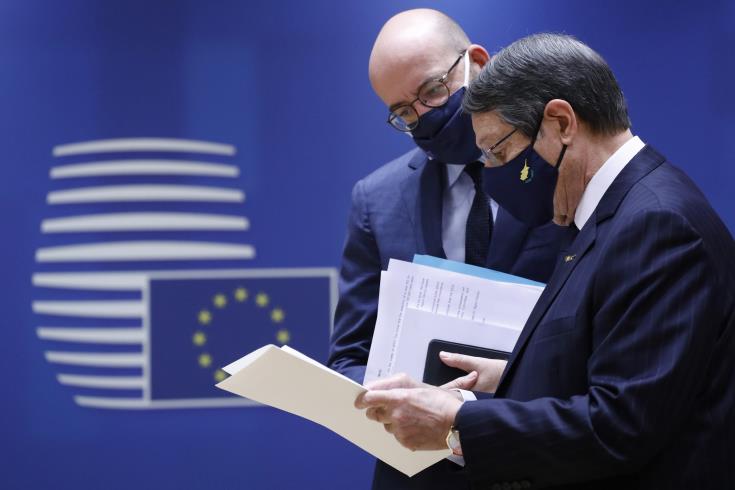 Turkey is climaxing its threats not just against Cyprus and the sovereign rights of Greece, but France too, President Anastasiades said, making clear that if Ankara does not tone down the rhetoric and stop illegal actions, substantive measures will be taken at the upcoming European Council.

Following a church service on the occasion of OHI day, the President was commenting on an embargo on French products declared by Tayip Erdogan following a publication of Prophet Mohammad sketches as well as the tirade launched by the Turkish President against Emanuel Macron.

‘As you well know’ the President noted, ‘the October 2nd European Council adopted a series of conclusions clearly stating that if Turkey does not comply, substantive, costly measures will be taken against the country at a December summit’.

He added that Europe had undertaken clear obligations towards EU member states which had been affected by Turkish actions.