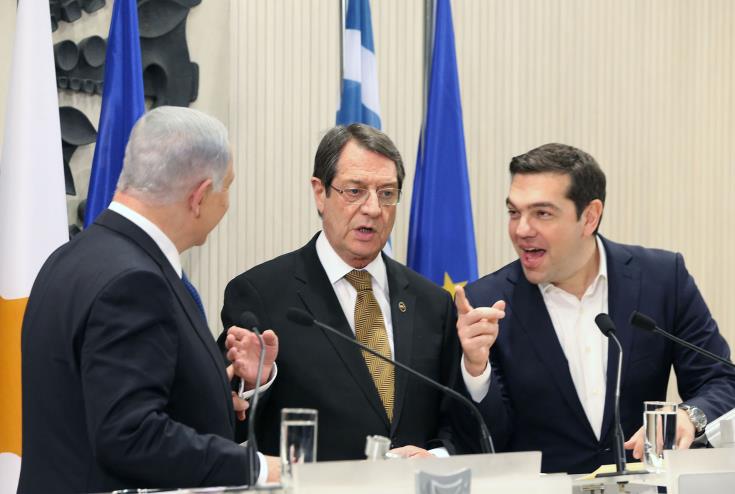 The Cyprus issue, energy issues and regional developments are among the issues to be discussed during the Cyprus-Greece-Israel Trilateral Summit, to be held on Thursday in the Israeli city of Beer Sheva.

President Nicos Anastasiades departs on Wednesday evening for Israel to attend a Summit with the Prime Minister of Israel Benjamin Netanyahu and Greek Premier Alexis Tsipras.

The Summit starts on Thursday morning, December 20, with bilateral meetings between the leaders, followed by a meeting of all three leaders. Extended consultations with the participation of the delegations of all three countries will follow immediately after.

It is noted that issues to be discussed during the Summit include, among others, the Cyprus issue, energy, regional developments, the Middle East peace process, research and innovation, education, tourism, communications, agriculture, cyber security.

A series of bilateral and trilateral Memoranda of Understanding will be signed next, to be followed by statements of the three leaders to the Press.

Netanyahu will also host a working lunch for the leaders and their delegations. President Anastasiades returns to Cyprus on Thursday night.