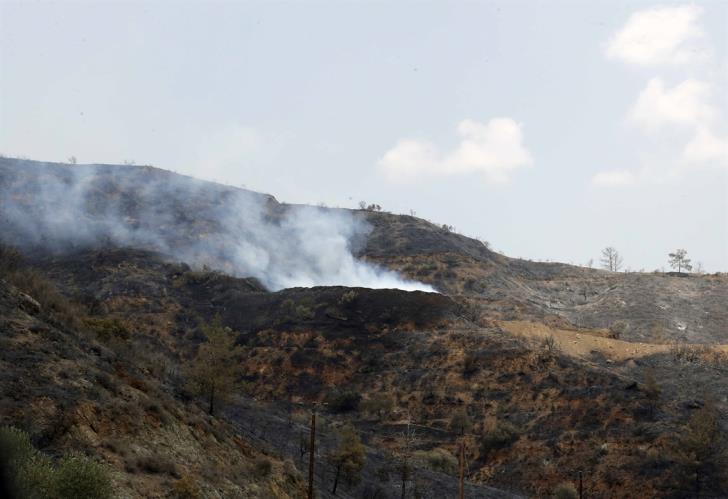 Paphos criminal court postponed the trial of a 22-year-old and 18-year-old accused with causing some of the July 3 Paphos fires until November 8, allowing the two of them to be set free until the trial.

According to a police source, the two suspects continue to accuse one another as the instigator of the fires in Kelokedara and Trachypedoula.

The information already given by the suspects will be used during the trial on November 3.

The police source further said that they both accuse each other as causing the fire, and they use their motive as vengeful acting due to Police reporting them for traffic violations.

By gavriella
Previous articleMore people from Africa appear at Paphos Airport as European citizens
Next articleWhere to get a free rapid test on Wednesday, 28 July