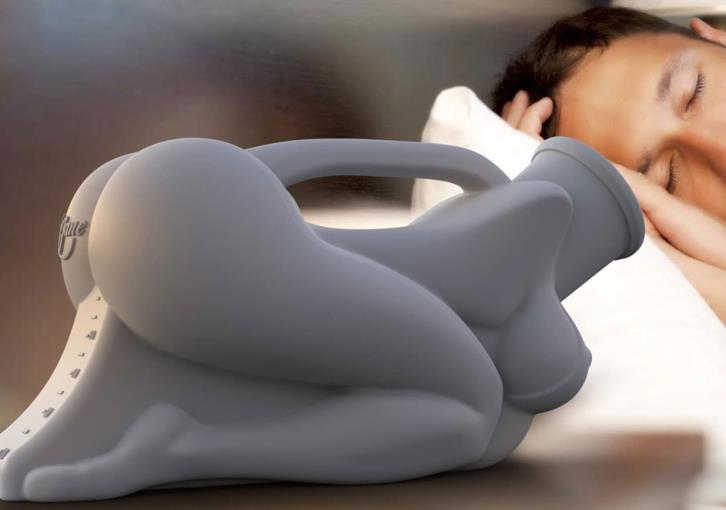 The Trade Ministry has been asked to roll back its €20,000 funding for a sexist men’s jar after it was slammed publicly by women’s rights groups, the women’s wing of AKEL and the Commissioner for Gender Equality.

“Body Jane the Men’s Jar,” a portable men’s urinal in the shape of a nude female body, was made available on the Cypriot market after it received €20,000 (from a total of €50,000) of funding from the EU’s Structural Funds in Cyprus, that is the European Regional Development Fund.

Hacienda Entertainment, the company that produced it, uses the logos of the EU’s Structural Funds in Cyprus, as well as of the Republic of Cyprus on its web page and social media pages to advertise the product.

The Commissioner’s Office for Gender Equality intervened yesterday and demanded from the Industry and Technology department of the ministry to terminate Body Jane’s funding and withdraw the €20,000 it already paid.

The product was evaluated by two Trade Ministry-appointed academic boards, before receiving approval .

According to Phileleftheros, the responsible authority will contact the Attorney General to stop the funding and claim back the money already paid.

Doros Loukaides, CEO of Hacienda, posted on bodyjane.com saying that “After knee surgery due to a skiing accident in Zermat, Switzerland, I was told to stay in bed and not move much for a week. I was handed a men’s portable urinal which did indeed limit my trips to and from the bathroom. It was a green, plastic, ugly piece of equipment. Soon after I began to walk and felt well enough to visit the bathroom.

“Even though I was a professional athlete at the time, I realised that I had developed a lazy habit. I started using the green, plastic urinal again. My girlfriend was furious and said that the urinal wasn’t acceptable in the bedroom.  That was the moment when I decided that there had to be something better than this. A product with a positive design approach. Maybe even with a touch of sex appeal if that could ever happen!”

He adds that Body Jane was “born through the personal experience of an injured skier who was appalled by the looks of the modern portable urinal,” and that he designed the jar for multipurpose use.

Eleni Loukaidou, mother of Doros Loukaides and former deputy mayor of Nicosia and current DISY Municipal Councillor, told Phileleftheros that she is curious to see how the issue will develop and that she is “surprised by the dimensions it has taken.” She added that she “will talk in the end” and that “some might see the product as perversion and some as art.”

The issue has also been tabled by AKEL for discussion in the House Human Rights Committee.