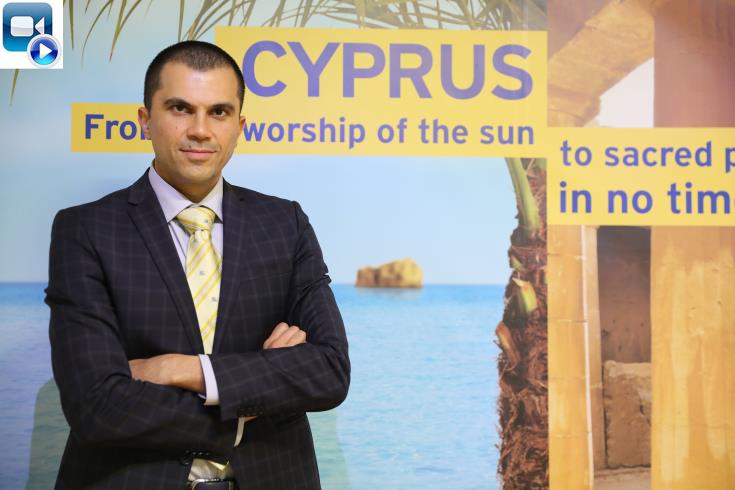 Tourism in Cyprus has a favourable future despite the challenges, Deputy Minister for Tourism Savvas Perdios said on Tuesday.

Addressing the 67th General Assembly of the Association of Cyprus Travel Agents (ACTA), Perdios said that despite setbacks such as the closure of major tour operators and airlines, the Covid-19 pandemic, the war in Ukraine and record-high inflation “our tourism still stands and, I believe, with a more favourable future from the tourism we knew before.”

He praised the efforts of both the state and tourism stakeholders to weather the storm due to the war in Ukraine and urged the next government not to backtrack from the work done so far in the tourism sector.

Perdios noted that due to Russia’s invasion of Ukraine and the ensuing sanctions of the EU, Cyprus was deprived of 800,000 arrivals.

The Deputy Minister added that Cyprus was the only country in the EU to lose 25% of its tourist arrivals, with no prospects for recovery, at least for the coming years, adding that “whoever believes that this market will recover to previous levels is wrong.”

However, Perdios said that he is proud of the work done by the tour operators and other stakeholders to offset the loss.

Furthermore, he said that arrivals and revenue are at 80% and 90% respectively compared to 2019, a record year for Cyprus, due to an uptick in arrivals from European markets such as France, Denmark, Poland and Hungary.

“The EU represents 40% of our tourism and I expect with announcements such as Wizz Air, Ryanair and others to follow suit, in the coming years this market will reach 50% or even 60% of our tourism,” he added.

“I believe the country will have a future if we continue the National Strategy for Tourism,” he said.

On his part, Marios Tsiakkis, General Secretary of the Cyprus Chamber of Commerce and Industry, said Cyprus has managed to keep its head above water in very difficult circumstances.

“Reaching 80% and almost 90% of arrivals and revenue of 2019, which was a record year, is very important because at the start of the season we projected a large decline in arrivals given the importance of the Russian market,” he said.