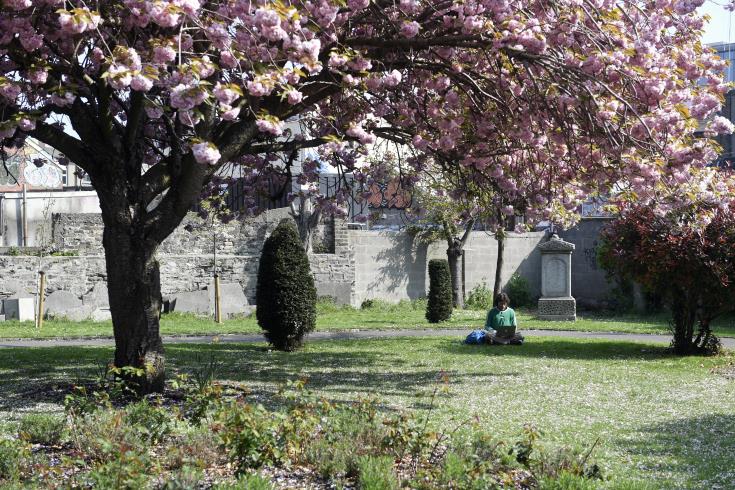 Cyprus is among locations across six continents to feature in a unique short film that celebrates Bloomsday 2020.

The initiative belongs to the Department of Foreign Affairs and Trade (DFAT) and the Museum of Literature Ireland (MoLI) who partnered to create ‘A New Day Will Be: A Short Film for Bloomsday 2020’.

Bloomsday is a commemoration and celebration of the life of Irish writer Jameas Joyce which is observed on June 16, the day his 1922 novel Ulysses takes place in 1904, the date of his first outing with his wife-to-be Nora Barnacle and named after its protagonist Leopold Bloom.

They collaborated over the last month with Irish Embassies and Consulates worldwide, and their networks of local partners, to create a unique short film that celebrates a Bloomsday like no other.

Cyprus is represented by Vaggelis Gettos, a poet and musician who was filmed in Nicosia by cameraman Haris Panayiotou.

Using Joyce’s timeless words to create a very contemporary take on Ulysses, performers from more than 40 locations across six continents join together to chart a universal, shared humanity as we journey through these extraordinary times: from silence, isolation, the desire for human touch and the quest for a vaccine, through remembrance and resilience, to hope, love and finally affirmation.

The film (run time 3 min 30 sec) is available to view on the DFAT YouTube channel (https://www.youtube.com/channel/UCDR4vawLFLLlpkEyb8clepw).