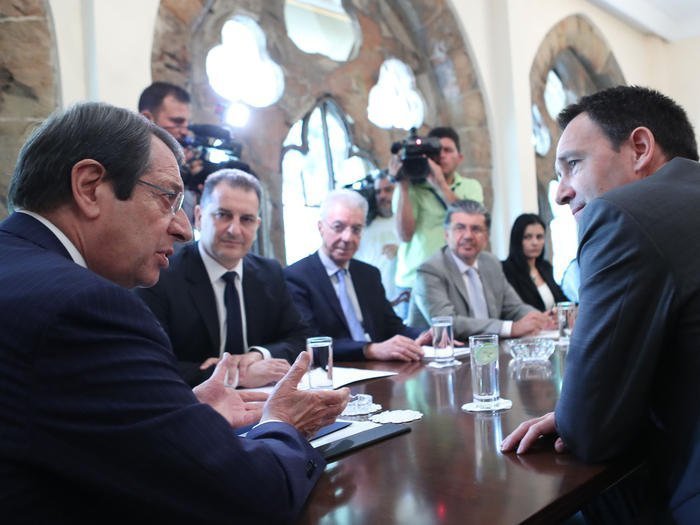 He spoke after a meeting at the Presidential Palace between the company’s senior vice president for the Middle East and North Africa Stephane Michel with President Nicos Anastasiades.

“Today’s meeting focused on the interest of the French company to expand and widen its activities in Cyprus’ EEZ in various ways which I will not elaborate now because they are subject to discussion,” the minister said.

Asked whether the company’s interest extends beyond block 8, the minister spoke of a wider interest. “There are ways in which the company is interested in expanding. We also spoke about the discovery in block 6 and the work underway to determine its size.”

Asked whether the government was satisfied with this development, he replied “absolutely.”

Total has applied to cooperate with Eni in block 8 and the issue is due to go before a consultative committee on hydrocarbons and then to the Council of Ministers.

By In Cyprus
Previous articleBrexit minister: Cypriots welcome in the UK
Next articleThe ZIVANA LOEL Challenge Cocktail Competition – A first for Cyprus!