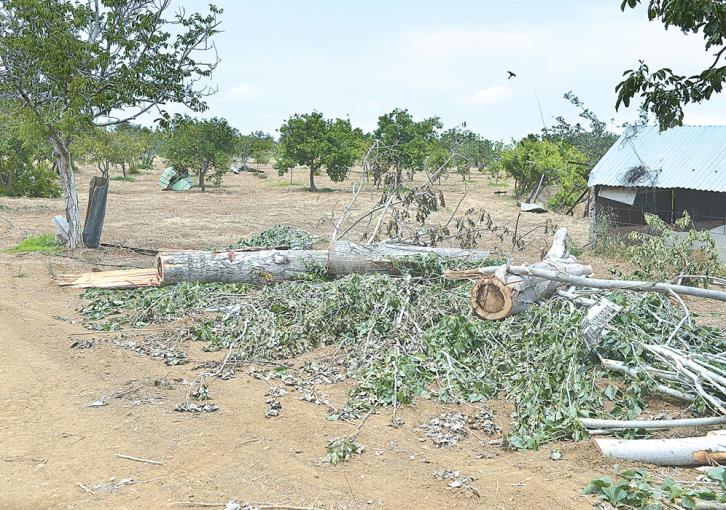 The community of Klirou still counts its losses from Monday’s hailstorm and tornado. According to the president of the community Nicos Alexandrakis, this last Monday, a little after 1 PM, ‘the sky over Clerou darkened and there was a storm which soon turned into a hailstorm’.

‘We all thought that the hail will be the last of it but suddenly we heard a loud noise and at around five minutes, everything around us disappeared. Whatever lied at a 4-5 Km range was completely flattened. It all heppened within a few minutes.’

‘After the tornado, we started looking for each other, fearing the worst. Thankfully, we soon realised that all the citizens of the community were well and only one girl was lightly injured.’

When the citizens of Klirou assured that there were no injured among them, they started estimating material losses:

‘There was damage everywhere. Rooftops disappeared, trees and utility poles were uprooted, a solar power park was damaged and all fields were destroyed’

By In Cyprus
Previous articleFacebook stock recovers all $134B lost after Cambridge Analytica data scandal
Next articleLimassol: another delivery man robbed