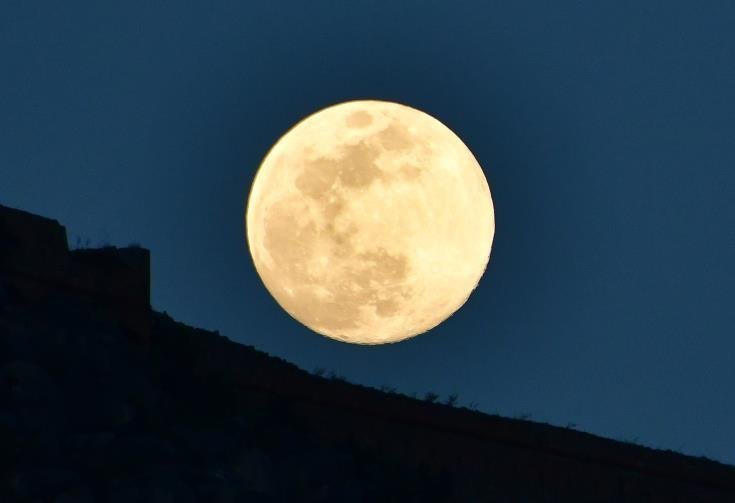 He said that the supermoon will be visible from early afternoon.

“Right now the moon is getting closer to the earth than any other time this year,” he said.

“That’s why we call it a supermoon, because it’s closer to the earth. Tonight it will reach the earth’s perigee (i.e. its closest point), while a few hours later, 4:35 am on April 8 to be exact, is exactly when the full moon will occur,” he said.

Fakas added that as a result of its close proximity to the earth, tonight the moon will be brighter than usual.

The moon orbits the earth at a median distance of 384,000 km, Fakas explained. During that course, the moon approaches the earth’s perigee, its closest point, which is what will happen on the evening of April 7. Tonight. the moon’s distance from us will be at 357,000 km.

He said that tonight’s phenomenon is called pink supermoon because in America they loved the moon and gave it experiential names; indigenous Americans coloured this one pink because in April a pink flower bloomed.