Tomorrow might be too late-Ηealth minister issues stark Covid warning 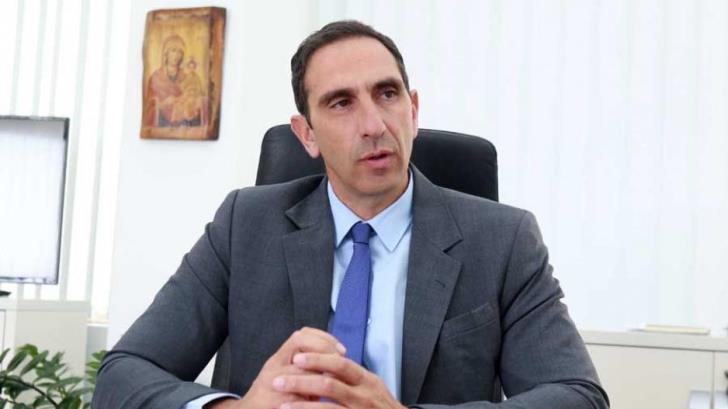 Behave the right way today, as tomorrow might be too late, said Health Minister Constandinos Ioannou in an article on the surge of covid cases in Cyprus, calling on people to work together in implementing the measures that will prevent an even worse case scenario, overwhelming hospitals.

Ioannou said the health system was ready, but its capacity to deal with such a situation was not limitless, noting that the epidemiological outlook (three digit figures over the past two weeks) has confirmed concerns that were addressed by deciding to keep tough restrictions through to January.

The Health Minister warned that this was a particularly fragile situation that needs to be faced through prevention, but also hitting hard on the covid surge causes in three major ways:

A large number of diagnostic tests (within the community, high risk groups and entry points), comprehensive contact tracing to achieve isolation of all close contacts of confirmed cases, monitoring relevant protocols, informing the public and implementing restrictions and other measures.

Such measures should be strictly adhered to by everyone, otherwise there is really no point to them, the health minister said.

He pointed out that the surge in cases indicate that the virus has spread throughout the community, in many cases neutralising the effectiveness of contact tracing.

The health ministry is particularly concerned by measures not effectively enforced and the protocols not followed.

‘I realise that people are tired and I respect criticism’, the minister noted. Unfortunately though there is no other option but restrictions until a vaccine or treatment is found to deal with the virus.

Until then, he added, the ultimate responsibility ‘lies with each of us’, with our protection shield being HANDS, DISTANCE, MASK, keeping protocols and reducing social contacts.

Cyprus is facing a worse case scenario, he added, as a rise in cases, will inevitably lead to more people needing hospital care and some who will not make it.

‘It’s a long, tough road’, as he said, but with faith and humanity, Cyprus can make it through.

Ioannou called for collective conscience, as this was a battle that the country could not afford to lose.

By Constantinos Tsintas
Previous articleMother in custody after taking her child from a care home and hiding out
Next articleKostrikkis: the 2nd Covid wave has yet to peak, concerned by conspiracy theorists