Thumbs up to government’s handling of crisis by 78% of Cypriots, new poll finds 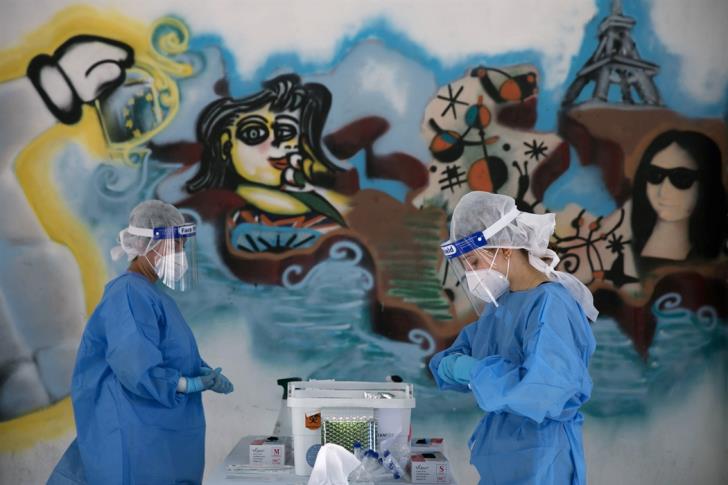 Cypriots approve of the government’s handling of the Coronavirus crisis by an overwhelming majority of 78%, a new poll by communications firm Gnora and Pulse Market Research has found, the second survey of its kind in the pandemic era.

The new poll also found that 72% of Cypriots believe that their fellow citizens’ actions in response to the crisis were the right ones, a rise from 65% recorded in the April poll.

A shift has also been observed among those who believe that the government’s measures to curb the spread of the virus were excessive, with 18% believing so this month, up from 10% in early April.

Evaluation of reactions of their family members to the crisis remained stable, with 87% saying that their loved ones reacted the right way compared to 88% in April.

As regards the workplace, approval ratings of employers’ stance edged down to 48% compared to 52% in April, while 45% of respondents viewed their colleagues’ reaction to the pandemic-fuelled changes as positive, down from 51% in April.

Cypriot’s concern over the likelihood of them or members of their family contracting the virus remains high but has subsided slightly to 75% in May compared to 79% in April.

Citizens’ interest in obtaining news has also edged down, albeit still high, with 75% of May respondents saying that they follow the news to a great or sufficient extent compared to 81% in April.

The use of technology has edged up, with 38% of the population saying they use technology for remote education or work compared to 34% in April.

There was a small increase in the percentage of individuals or families whose financial situation has been affected within a month, which stood at 45% in April compared to 48% this month. Of the 52% who said in May that their financial situation has not yet been affected, 20% estimate that it will in the next 12 months while a 27% said they do not expect that they will be affected.

It was also found that citizens are in a better mood compared to April. Last month participants had said at a rate of 81% that their personal life was unsettled to a great or sufficient extent due to the new circumstances, which dropped by 11 percentage points in May to 70%.

The May poll included a new question on the government’s decision to reopen primary and lower secondary schools on May 21, with 58% of respondents saying that they probably disagree with the decision and a 38% said they probably agree.

To view the findings of the April poll, click here.

By Josephine Koumettou
Previous article
Cyprus among countries targeted in hacking, phishing related to Covid-19
Next article
Latest on the worldwide spread of the coronavirus