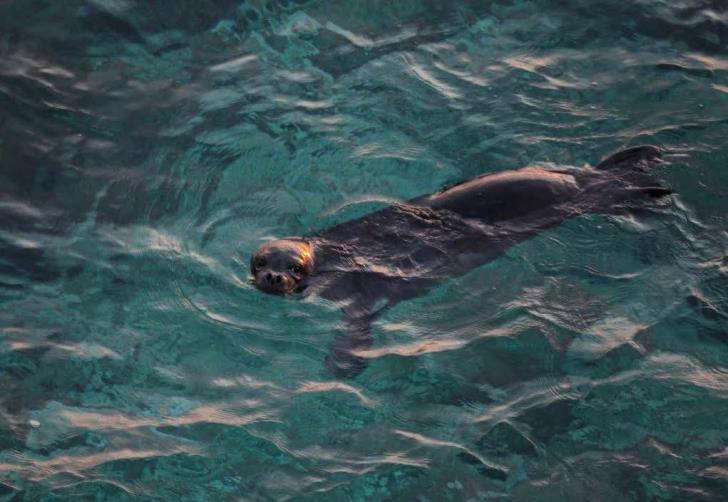 Cyprus’ seal population has been boosted to 19 following the birth of Iris, Navsika and Triton in the Limassol and Paphos districts in September, October and December 2019 respectively, the Agriculture Ministry has announced.

The Mediterranean monk seal (Monachus monachus) is the most endangered type of seal in the world and the only kind in the Mediterranean. Fewer than 20 of them have been recorded living in Cyprus and the death in May last year of Aphrodite at just five months close to the coast near Paphos’ Tombs of the Kings had come as a blow .

But the seal protection programme  can now cheer the birth of three seals of this rare species, the first time in several decades the ministry said.

“This is an extremely important development in the conservation of the Mediterreanean sea in Cyprus” it said. 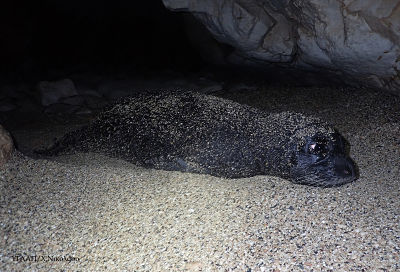 Iris, Navsika and Triton were born in the Limassol district and in the Akamas and are being monitored. They spent nearly the entire day in their caves in the first months of their lives and are gradually beginning to  move away, accompanied by their mother as they follow her to find food.  They will become independent of their mother at the age of three or four months once the lactation period ends, without nececessarily abandoning the cave where they were born, the miniistry said. 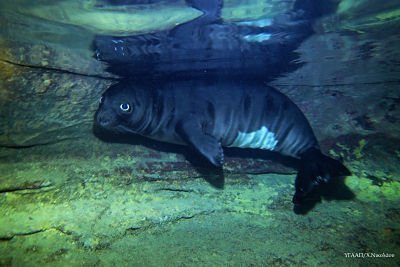 The monitoring team had recorded all the locations used by the seals along the Cyprus coastline and relies on special equipment to monitor them round the clock, the ministry said. The team is made up of officials from the Fisheries Department and the Forestry Department of the ministry who collect information in view to protect them and also help in the recovery of the seal population.

The birth of three young seals brings the total population of Mediterranean seals in Cyprus to 19, the ministry said.

The Mediterranean seal had practically disappeared from the sea of Cyprus in the period of 1960 to 2010 but has started to make a comeback, with the ministry now speaking of a small, local population which reproduces here. The first confirmed reporduction was recorded in 2011 whereas from 2015, the seals have been reproducing on a systematic basis, it added.

Agriculture Minister Costas Kadis has welcomed the births . “The birth of three young indivduals of an endangered species which worldwide numbers only 600 is a hopeful and happy event for Cyprus,” he said.

A decree is in force to protect the sea caves area in Peyia which the seals use for reproduction and rest, including a prohibition on fishing and on motorboats, he added.

Advice to members of the public

Should a member of the public see a sealm it is very important not to approach the animal, to feed it or disturb it in any way.

If anyone does see a seal, they are urged to telephone 22807841  or 22805532 with the location, characteristics and behaviour of the animals. Such information is very useful to protection efforts.

By In Cyprus
Previous article
Nicosia: UNFICYP indispensable for conditions conductive to negotiations
Next article
To mask or not to mask: confusion spreads over coronavirus protection