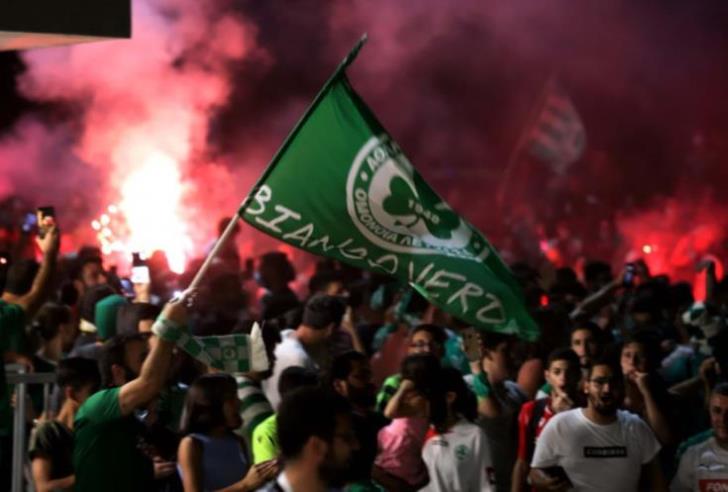 Thousands of fans of Nicosia Football club Omonia on Monday evening celebrated their championship trophy win – the first in 11 years – but without wearing masks or adhering to any coronavirus prevention rules.

TV and social media images showed some 20,000 fans at the stadium where Omonia practices in Geri in celebratory party mood as fireworks turned the sky colourful in many ways.

But most of the fans were exposed to the danger of the coronavirus – the same day Cyprus exited a third partial lockdown.

Earlier in the evening, at the GSP stadium in Nicosia the Greens ended the season with a 1-1 draw against Apollon.

The match had a festive feel to it, with about 3,400 partying fans allowed into the stadium – that is 15% of the capacity as the law provides.

After 36 games, Omonia finished in first place with 79 points, followed by Apollon with 74.  Omonia will now play in the Champions League qualifiers.