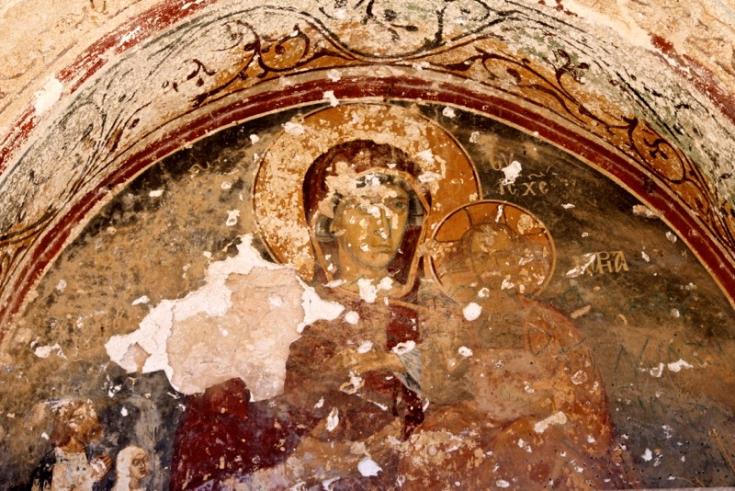 Over 16,000 Christian portable icons, mosaics and frescoes dating from the 6th and 5th centuries have been stolen and sold abroad since the Turkish invasion in Cyprus in 1974.

This is what Michalis Gavrielides who heads the Police bureau combating illegal possession and trafficking of Cyprus antiquities has said.

“Following the plunder of Cyprus in 1974, works of Byzantine art have been found even as far as in Japan, at Kinazawa University College to be more specific,” he told his audience at the University of Cyprus in a lecture on illicit trade in Cypriot antiquities on Monday evening.

“Efforts are underway to repatriate them and we do hope to have them back in Cyprus soon,” he added.

Cyprus is divided since the invasion with Turkey still occupying the island’s northern part whose rich cultural and religious heritage is constantly in danger.

Tens of thousands of artefacts are stolen in Europe alone every year, he also said. The international community has become more sensitive over this issue, he added, especially after Palmyra in Syria was destroyed.

The Council of Europe, INTERPOL, EUROPOL and other international bodies, including UNESCO, are now strengthening efforts towards combating this alarmingly rising crime and this works in Cyprus’ favour as well.

“Illicit trade in antquities and cusltra artufacts affects both the countries of origin and the countries of transit and final destination of the stolen works. Countries whose cultural heritage has been looted in recent years include Syria, Egypt, Afghanistan, Iraq,   Cyprus and many others,” he said.

“If we look at collections of the world’s largest museums or browse through their catalogues we will see that they are full of works of art from other countries. For example, the British Museum, New York Metropolitan Museum, the Louvre,” he added.

Gavrielides also referred to US diplomat and self-declared archaeologist Luigi Palma di Cesnola, who, in the 19th century, excavated 65 necropolis in Cyprus committing one of the most heinous cultural plunders  in the history of mankind.