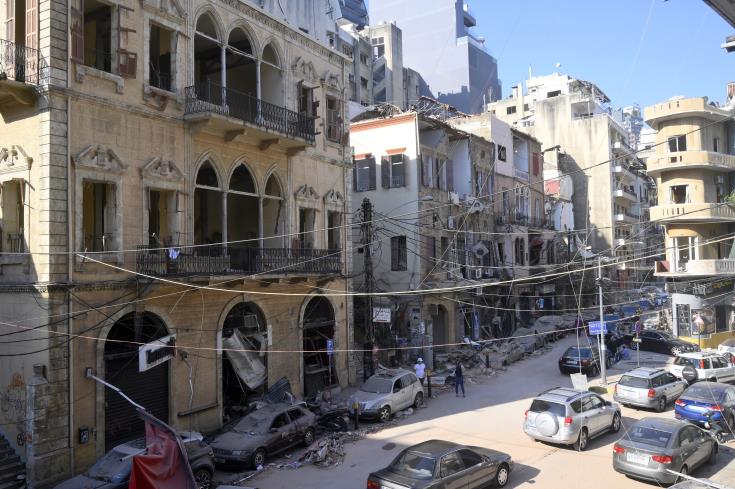 Thousands of people among them Cypriots were left homeless following the huge blast that rocked Beirut yesterday and Cyprus stands ready to assist, the island’s ambassador to Lebanon Panikos Kyriakou has said.

The Embassy and the Ambassador’s Residence were destroyed by the explosion.

The Ambassador said before the meeting that the explosion took place practically in the heart of Beirut and has caused widespread damage.

He added that Cyprus stands by the Lebanese people and will assist in every way possible.

He expressed his condolences to the people and the Government of Lebanon for the tragic event and added that the needs will be assessed by the authorities and certain actions will take place.

The Ambassador said that the Foreign Minister has already spoken on the phone with his Lebanese counterpart.

He added that there is an emergency contact number for Cypriots who are now in Lebanon and assistance will be provided for those who wish to be repatriated.

There are around 2,000 Cypriots residing in Lebanon but the Ambassador said that there are also others who went there on vacation, either directly from Cyprus or from elsewhere.

By In Cyprus
Previous articleInitial investigations point to negligence as cause of Beirut blast, official source says
Next articleGreek and Qatari planes supply aid to Beirut after massive explosion