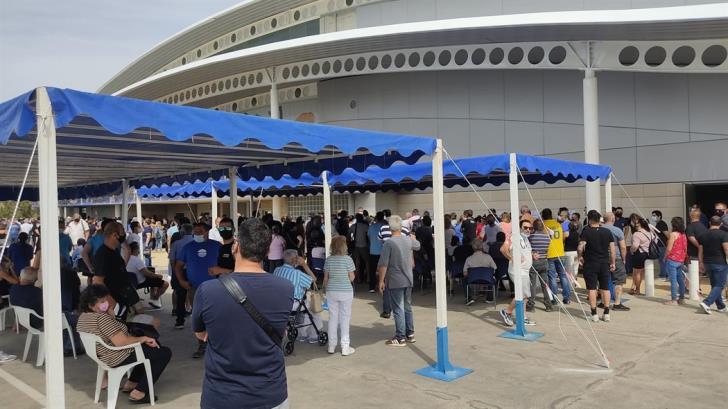 Lack of proper organization on Tuesday at Limassol’s “Spyros Kyprianou” vaccination centre led to the inconvenience of hundreds of people with the situation reminding ones in third world countries.

Tension, shouting and even faintings were recorded after long delays amidst rising temperatures and limited outdoor infrastructure, Philenews reports.

And the question raised is whether the Health Ministry’s goal for Cypriot citizens to get vaccinated against Covid-19 sooner rather than later be materialized.

The ‘ordeal’ began early in the morning following the mass arrival of people at the vaccination center which caused a traffic jam with queues long enough to reach the Limassol-Platres highway.

Due to the traffic jam, there was a long delay in the delivery of the vaccines to the centre.

And the situation was so bad that nurses left the centre on foot and went to receive and brig over the vaccines by hand.